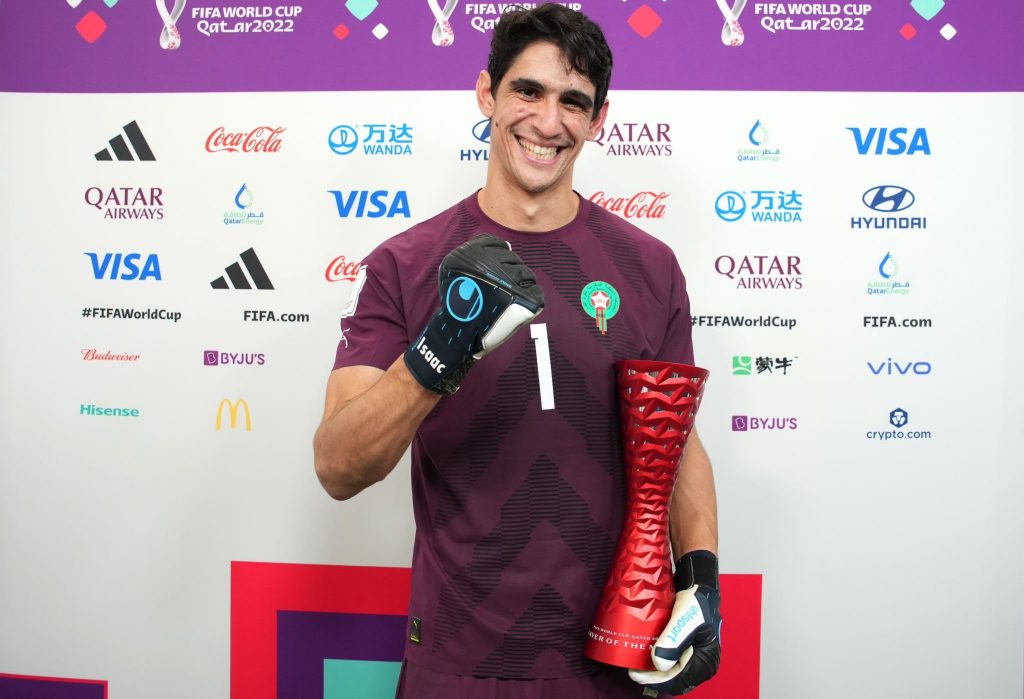 Yassine Bounou of Morocco attributes his remarkable World Cup penalty-saving feats against Spain on Tuesday to a combination of chance and intelligence.

In the 3-0 shootout victory, the Sevilla goalkeeper stopped two of Spain’s penalties, helping his team advance to the World Cup quarterfinals for the first time ever.

“We won, that’s the most important thing. Hats off to the whole team, they did the job, it was incredible.

“It’s not easy to stay focused for 120 minutes, against a Spanish team that dominates the ball well, who has possession.

“When you live moments like this, sometimes it’s hard to realise it.

“We will try to avoid the noise around us, stay focused on ourselves, on our job, our recovery.”

Morocco, the final African team and only Arab team still in the competition, will play Portugal or Switzerland in Qatar’s quarterfinals.

“I’m so happy for the team — they did a great job all through the game,” said Bounou.

“We understood (how to play) the game from the start, so I’m so happy for this win.”

There was a tense and impressive atmosphere as Morocco supporters crowded Education City Stadium and outnumbered Spain supporters by a large margin.

Bounou was appreciative of the help from his family as well.

“We felt the support of our fans in Morocco and elsewhere, and that gave us momentum in the stadium,” the goalkeeper told reporters.

“On behalf of all the players, I want to thank the fans who helped us in this task.

“I congratulate all the players and I offer this gift to all the Moroccan people.”