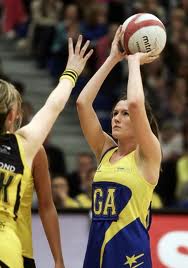 Team Baths netballers made a winning start to their 2013 Superleague campaign with a 57-50 victory over Celtic Dragons at the University of Bath yesterday.

The Superleague champions made a strong start of four-times, taking the opening quarter 16-8. But they had to rely on an equally impressive final quarter to eventually put away Dragons and secure the spoils.

We always knew Celtic wouldn’t be an easy team to come up against, and they proved that today. Jess Thirlby, Team Bath’s head coach, said: I was particularly pleased with the spirit we showed in the last 15 minutes.

Pamela Cookey, fresh from captaining England to that historic 3-0 series win over world champions Australia, said: We made hard work of it, but the girls showed great courage and spirit to come away with the win.

Team Bath started the game fielding all four of the England players that featured against Australia in the test series, with Cookey joined by Kadeen Corbin, Stacey Francis and Serena Guthrie.

But it was the visitors who made the better start and it wasn’t until Corbin’s goal six minutes into the game that Team Bath went ahead for the first time at 6-5. 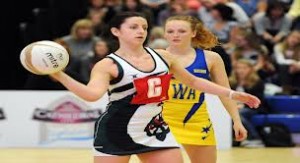 The impressively athletic Guthrie, reveling in her new role as vice captain, helped Team Bath step up the pace with some crucial interceptions while an effervescent Mia Ritchie and Parsons provided a steady supply of passes to the shooters. Pamela Cookey hobbled off with a knock in the final minutes of the game, to see Asha Francis return to the fray as Team Bath gradually turned the screw and made sure of victory, taking the game 57-50.

Team Bath return to action with a trip to reigning champions Manchester Thunder on 16 February. The next home fixture is against Loughborough Lightning on 1 March.