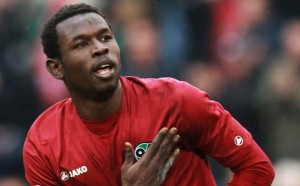 The Borussia Dortmund thinking about next season.

According to sport365, the German Bundesliga club drew up a short-list to compensate for the possible departure of the Polish striker Robert Lewandowski this summer (note: Bayern Munich is willing to pay twenty-seven million euros to get the player who is also interested Manchester United and Juventus).

Borussia could recruit in the German championship with the Senegalese of Hanover, Mame Biram Diouf 25 years.

But the list of priorities is extended to the French international of Lyon, Bafétimbi Gomis, under contract with Lyon until 2014 and the Bosnian, Edin Dzeko (26 years, Manchester City)