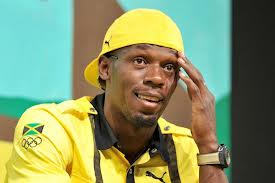 Usain Bolt on Saturday took part in the Gibson Relays athletics meeting and clocked a 45.7 sec, running the third leg for the Racers Lions Squad, who won their third heat in 3:06.9 ahead of a Dominican Republic team that also clocked 3:08.6.

Usain Bolt continued in these competitions as a low-key. His coach Glen Mills said, “Only down to run the heats”, revealing to journalists.

Yohane Blake the Olympic sprint medalist couldn’t close the gap behind about some 10 meters behind racing for Racers Lions. “I would have loved to get the baton a little bit earlier,” Blake said. “But in the end it was good, especially since I don’t run the 400m a lot.”