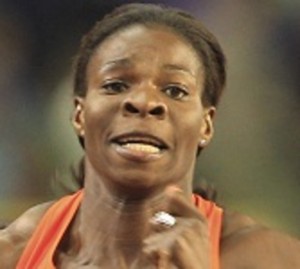 Amantle Montsho will defend her 400 m world title in Moscow. The athlete from Botswana takes control on her series in the semifinals in 49” 56 ahead of the Russian Kseniya Ryzhova (50” 48). In the same series, the Nigerian Regina George, with a time of 50” 84, is fished up for the final.

Omolara Omotoso (Nigeria), third African embarked on the lap of the track finished 7th in the third round. Francena McCorory (USA, 49” 86) Antonia Krivoshapka (Russia 49” 99) and the Jamaican Stephanie McPherson, fished up with a time of 99” 499, are the qualified in this series.

The final will take place on Monday.