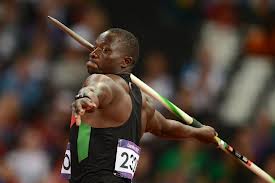 Julius ego qualified for the finals of the javelin at the World Champs in Moscow. The Kenyan succeeded a throw at 80.88 meters.

This performance allows the athlete to become the first Kenyan finalist in the javelin at the World Championships. In Moscow, in his series, “the hardest” according to the Kenyan, a man is placed on the right side of the throwing area, the Finnish Petteri Pirronen: “He is not my coach, as I continue to train in Nairobi alone. But in this competition, he was there to give me advice, “said the Kenyan.

In a country where there is more of a champion in the long-distance race, Julius ego is one of the few athletes from Kenya to practice this discipline. The Finnish Tero Pitkamaki dominated the playoffs (84m39) of the javelin ahead of the Egyptian Ihab El Sayed Abdelrhaman (83m62). Olympic champion Keshorn Walcott was eliminated with a throw of 78m78.