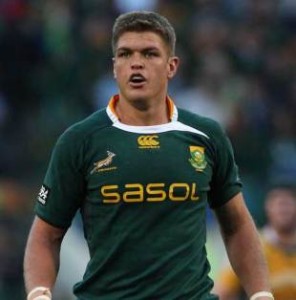 2007 world champion with the Springboks, Juan Smith signed as we told you about a one-year contract with RC Toulon. “It’s great for me to sign in Toulon,” he said on RMC the South African third-row whose integration will be facilitated by his compatriots already in the Var. “The fact that there are friends to me in the club I like even more,” he says.

At 31, Smith will resume service with the vice-champion of France after he was forced by injuries to announce firstly his retirement: “Coming here was an easy decision to make. I’m ready to play now; it is the coaches who will decide when they align me. “