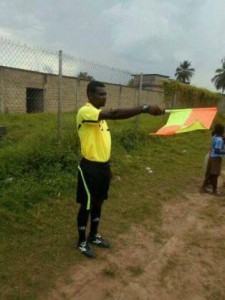 The case caused a stir in Accra. An arbitrator has died the past weekend after suffering an attack by supporters. Kwame Kyei Andoh (photo left), 21, officiated as assistant to a game of the Ghanaian second division championship between Gold Stars of Bodie and Naajoe United.

At the end of the match, he was violently attacked by supporters of Gold Stars dissatisfied with his arbitration. Kyei Andoh who had returned home, however, ultimately did not survive after the attack.

GFA (Ghana Football Association) takes charge of the case and first called for reports of the game before turning to the police, who launched an investigation.