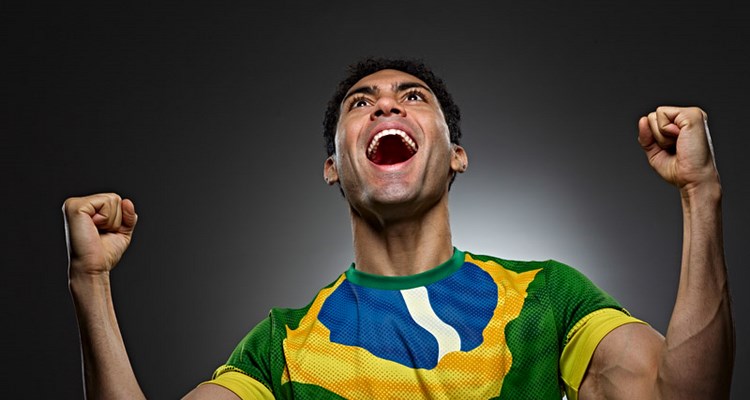 Seven years now as people have been waiting for this day. Brazil hosts for the 2nd time in its history, from Thursday, the World Cup of football. The last time was in 1950 with the disappointment of losing the final at the legendary Maracana against Uruguay. 64 years later, the land of King Pelé has only one ambition: to win the trophy.

“The moment that everyone has been expecting has come. I already want to be in action Thursday! So, I’m going to bed early for this to pass quickly. (…) I do not care to be the best player or top scorer. All I want is my dream to win the World Cup”, said the player of FC Barcelona during the pregame press briefing Wednesday.

So everything starts today with a tantalizing Brazil vs. Croatia. Inevitably, the South Americans quintuple world champions are favorites facing a Croatian team rounded with talented stars such as Luka Modric, Rakitic, Mandzukic, Olic, etc…

This World Cup has also been a challenge for more than a year in Brazil. People criticize the budget devoted for the competition (approximately 11 billion Euros), while poverty is ever-growing in the country. If transport unions have decided to call for a truce, those of education, health intend to maintain pressure throughout the tournament.

In addition, the delay in the stadium construction works which crystallizes attention. Yesterday, it is especially the Manaus Stadium that will host the match England-Italy Saturday which was still in a pitiable state. The lawn is not worthy to host a game of this level. Even the stadium of the opening match still receives strokes late Wednesday night.
Anyway, the festival of world football will well and truly take place and the African continent, always fond of the beautiful game will not miss anything of the event. Five teams (Algeria, Cameroon, Côte d’Ivoire, Ghana and Nigeria) are present. Follow the 2014 World Cup on Africa Top Sports and its social networks Facebook and Twitter. Let the party begin!