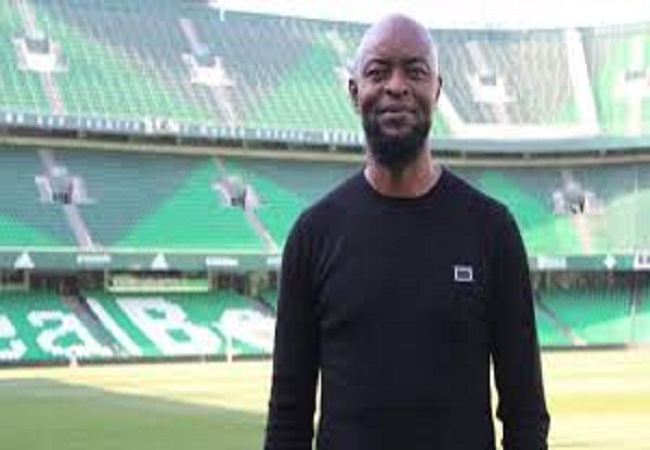 Finidi George has given reasons why he is scared of coaching clubs in the Nigerian Professional Football League (NPFL). Former Super Eagles winger says it is possible he could return to coach a club in the NPFL one day. But he insisted that he needs a guarantee of prompt payment of salaries for him to accept such offer. As mostly not paying coaches their wages has become recurrent in this country.

George stated that such poor attitude by Nigerian club owners had been an issue in the NPFL over the years.

“I have to get a guarantee that salaries will be paid and that players will be taken care of. I wouldn’t want problems in the area of payment of salaries and traveling conditions.” Repoted nigerianFootballer.com.

George has applied for a role as one of the National Team coaches. But he says if the conditions were right he could coach a club in the Nigerian League.

“It is not that we are not willing to coach any team in Nigeria. But for me, if I have to coach, there must be guarantees,” he said.

“I do not know if clubs are willing to do these. You know that most of them are government-run clubs. And sometimes you have problems like these.” He continued.

Only Austin Eguavoen, Ben Iroha, Emeka Ezeugo, Daniel Amokachi, Samson Siasia, and Emmanuel Amunike from the Super Eagles class of ‘94 have attempted to coach in the Nigeria Professional Football League.