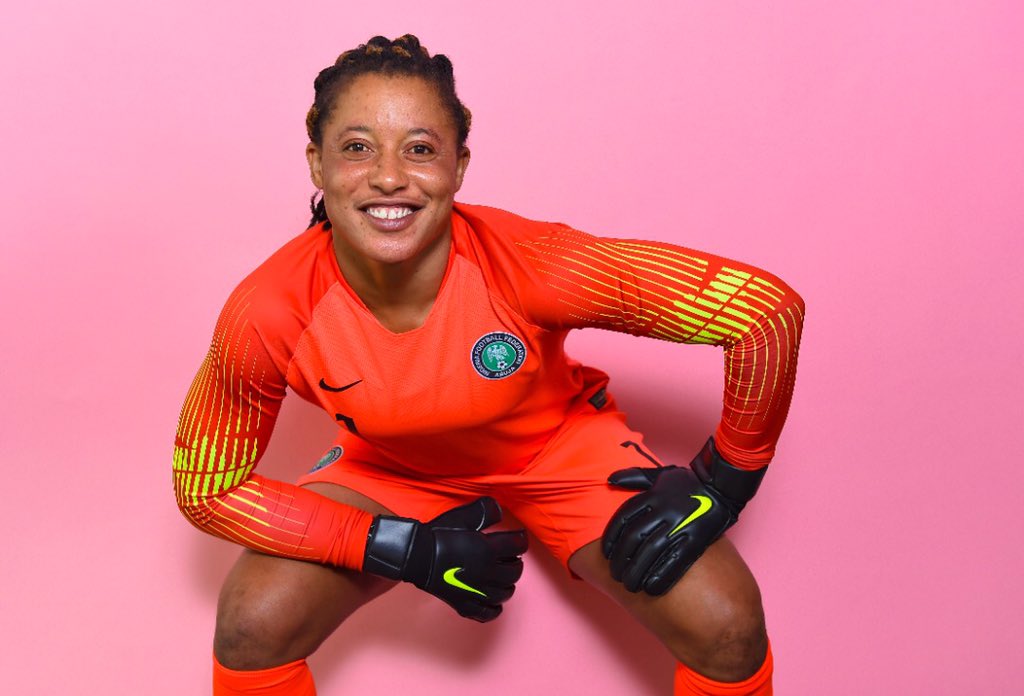 Oluehi who helped Rivers Angel to win the 2018 Nigeria Women Football League title will now return to Europe next season.

The club announced the signing of the 33-year old Oluehi who will join her compatriots compatriot Evelyn Nwabuoku in the same club.

She once had stint with Belarusian side Bobruichanka Bobruisk in 2013 where she made her UEFA Champions League debut for the club.

In 2016 she played for Norwegian club Medkila before returning to Nigeria with Rivers Angels.

Oluehi have been to three Women’s World Cup, the 2008 Beijing Olympic Games, the 2007 African Games and four Africa Women’s Cup of Nations, which she won three times.

Having also helped Rivers Angels to win the 2018 Federation Cup she will be hoping to bring her experience to her new club.

Pozoalbense confirmed signing the safest pair of hands on their website.

According to the club, the signing of the goalkeeper is a guarantee of safety in the goal post.

“It is a complete guarantee of safety under the sticks, thanks to its placement, know-how and experience.

“She has enormous cold blood at decisive moments.

“She transmits a lot of confidence to the defence as he is a very safe goalkeeper in almost all his interventions.

“She has a lot of personalities and does not hesitate at the exits.

“She holds up well against one-on-one moves and has leadership skills.

“She hardly ever gets complicated. Her winning mentality will make her one of the best goalkeepers in the category.

“She is always attentive to the movements of the opponents because she has a great intuition to read the plays.”

Her new manager Manuel Fernandez also expressed his thought for the player who he believes will help the club go farther next season.

He said, “This is a goalkeeper who brings experience and security to the team.

“It is essential to have that position with a player as a veteran and of such quality as Tochukwu Oluehi.”