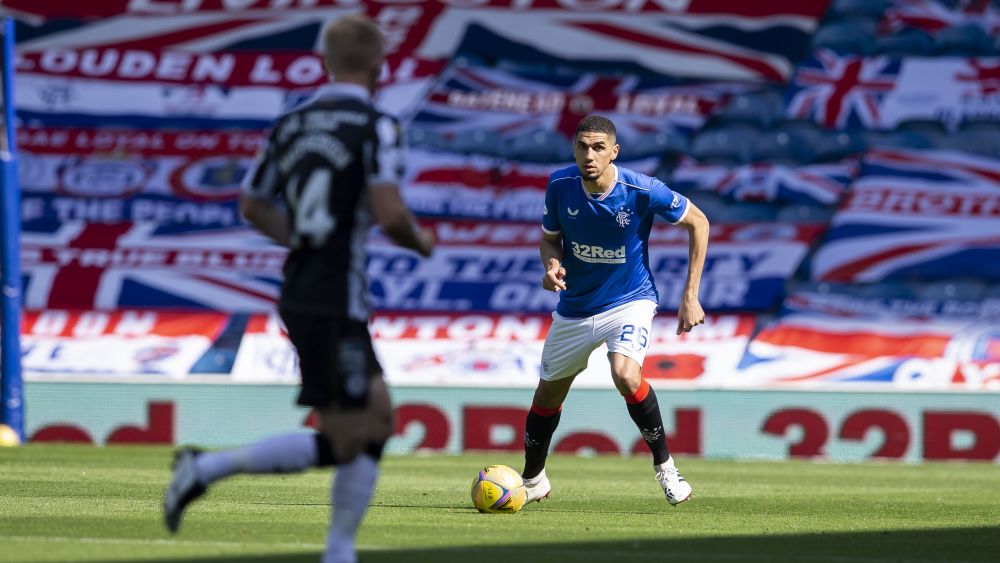 Super Eagles duo Leon Balogun and Joe Aribo were in action as Rangers recorded their  first home win at the Ibrox Stadium in the 2020-2021 Scottish League.

Balogun who missed out in Rangers FC Europa League exit against Bayer Leverkusen, returned to the starting XI against St. Miren on Sunday.

Having made his debut in the 2-1 away win against Aberdeen in the opening game.

He was fast enough to make a superb tackle on Ilkay Durmas and prevented him from scoring and featured for 90 minutes.

His compatriot, Aribo who was part of Rangers squad that lost to Bayer Leverkusen started for the Gers.

However, Aribo played for 74 minutes before he was rested by Steven Gerrard who brought in Scott Arfield.

An own goal from St. Miren player Connor McCarthy and brace from Alfredo Morelos was all Rangers needed to claim two wins from two games.

Rangers will now focus on their midweek game against St. Johnstone at the Ibrox Stadium.

Speaking on the victory, Gerrard hailed his team for their aweosm performance.

“I thought we were really dominant, certainly in the first half.

“I said to them at half time, ‘could we be a little bit less cute around the box’ as we were trying to score the perfect goal.

“But we kept forcing the issue and we got the breakthrough with the own-goal, but again, it is a fantastic cross and we were putting St Mirren under pressure.

“But I was really pleased with the first half and it was just about getting that second goal and really sucking the life out of St Mirren and we did that.

“It came at a good time for us and we finished the game off in style.

“To get ultra-critical, I want more goals – I think the display and our style deserved more goals but you’ve got to give St Mirren credit – they are an organised team.

“Their manager has been praising them all week because of how well they’ve started the season and how organised they are.

” So I’ve got to credit my boys as we were set a challenge today and we passed it with flying colours.

“I think our build-up play was really strong and really good.

” We were getting into the right areas but sometimes, we tried to score the perfect goal.

“We were looking for that perfect combination or that perfect bit of magic, whereas sometimes you just don’t need to complicate it – shoot more, cross more and put it into dangerous areas and you get rewards.

“We certainly did that from a set-piece.”