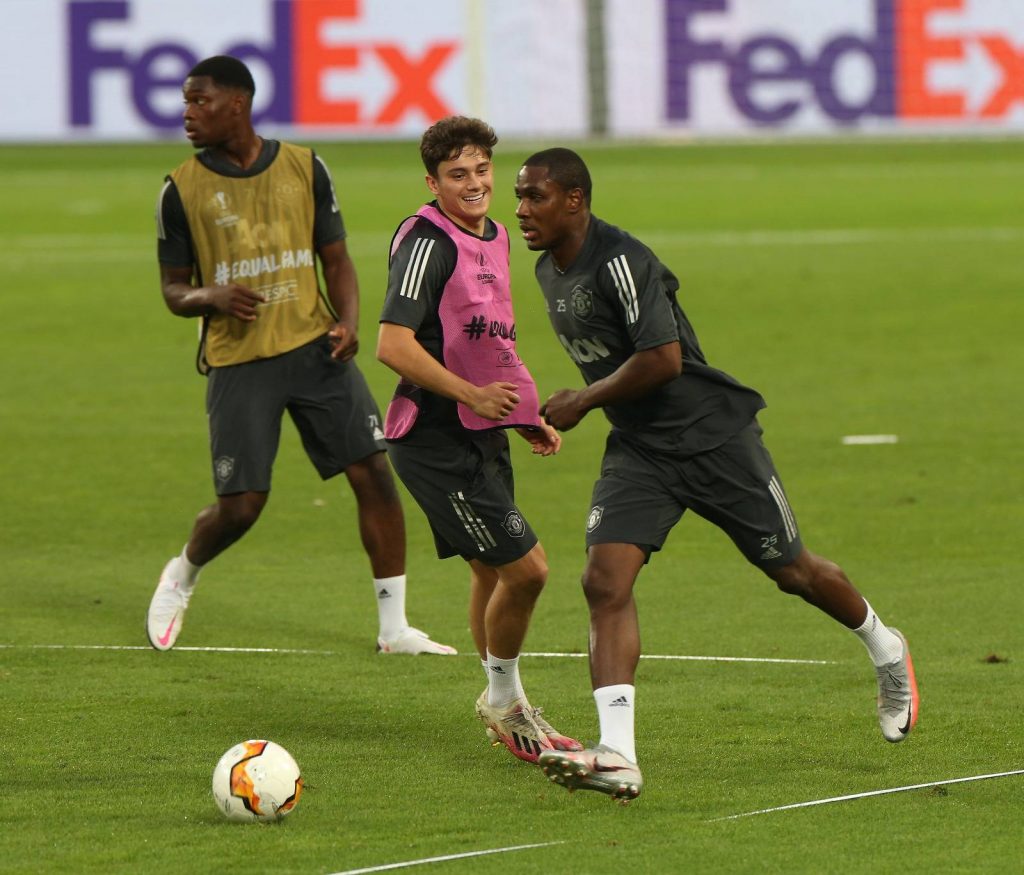 Odion Ighalo has been benched ahead of Manchester United Europa League quarterfinal game against FC Copenhagen at the Stadion Koln on Monday night.

Ighalo who started for the Red Devils in their second leg round of 16 game against LASK at Old Trafford did not make Ole Gunnar Solksjaer’s starting XI.

The Nigerian international was again consigned to the bench as Solksjaer preferred Anthony Martial, Mason Greenwood and Marcus Rashford up front.

Ighalo played 90 minutes in the game against LASK but failed to find the net making just one shot on target.

Since he joined the Red Devils he has scored five goals for his dream club with the goals coming from the FA Cup and the Europa League.

He barely played for United when the Premier League restart in June coming as late minutes substitute.

Manchester United are aiming to wrap up the 2019-2020 season with the Europa League title and Solksjaer made his intention known.

The manager in his pre-match conference said he is confident his team will scale the hurdles.

He said, “We’ll cross that bridge when we get to it.

“Of course, we’ve put plans in place but, for me, it’s only about this game now.

“You can’t think too far ahead.

“If you go through, then you’ve got a few days before the next game.