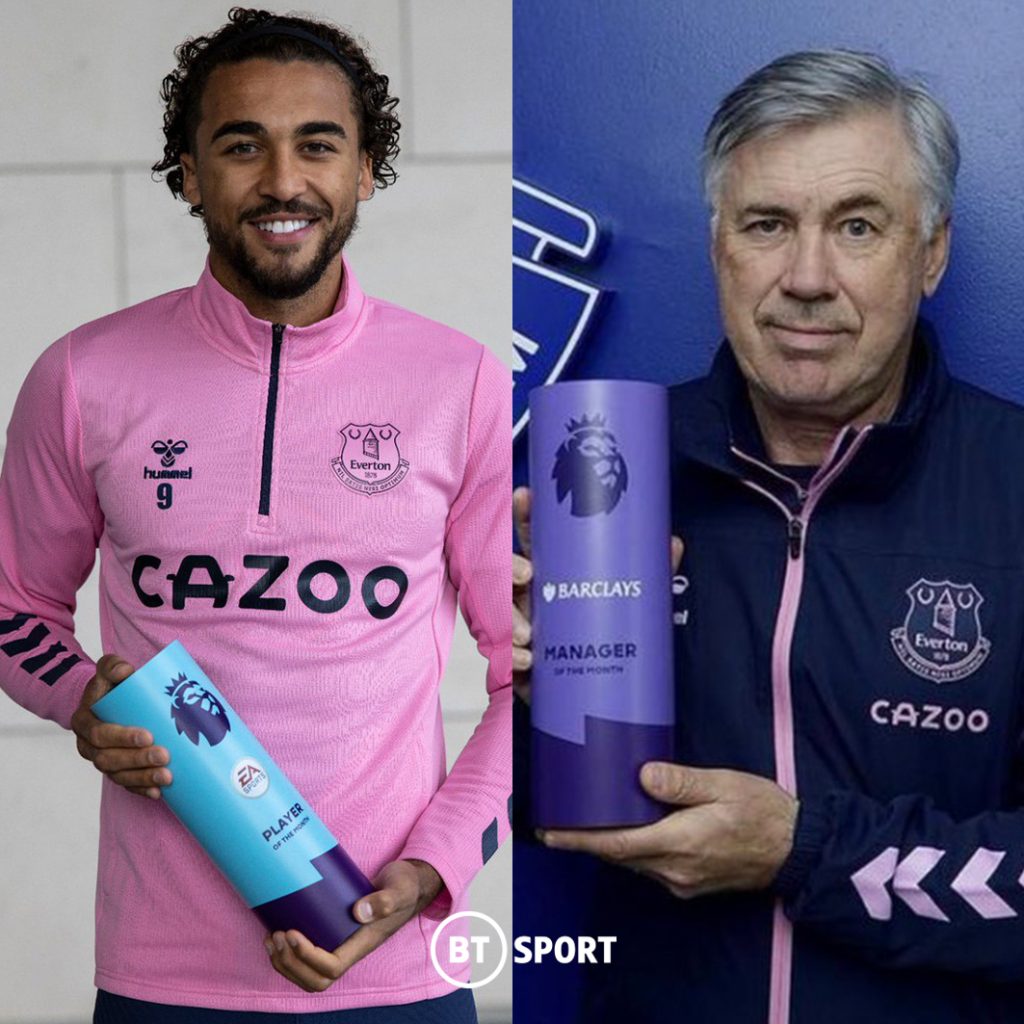 Everton duo Carlo Ancelotti and Dominic Calvert-Lewin made history after they were named Premier League  manager  player of the month respectively for the month of September.

Ancelotti became the first Everton manager to be named the Premier manager of the month since 2013 after David Moyes.

Calvert-Lewin who have been impressive with the Toffees also is the first player to from the club to win the player of the month award after Phil Jagielka.

Both were confirmed as winners of the individual award on Friday following an impressive start to the season that saw Everton remain unbeaten.

Ancellotti since taking over from Marco Silva has embarked on rebuilding the club and push for a European competition ticket.

The team maintained a perfect start to the season winning Brighton 4-2 and also secured a quarter-final place in the Carabao Cup.

They won all their seven opening games in all competitions and Ancelotti attributed it to the efforts of his team and coaching staff.

According to the Italian who spoke with club media, www.evertonfc.com, he hope to continue with the current form.

“I am really pleased to win this award.”

“I think it is a great achievement for this month. I have to share with my team because they started the season really well.

“We hope to continue and to win this award again.

“I think the key point was the first game against Tottenham.

“Tottenham is a really good team, but we did well and won away.

“That victory increased our confidence and belief for this season. It was a really good start.”

Blues boss Ancelotti paid tribute to the impact made by the Club’s summer signings.

Niels Nkounkou, Allan, James Rodriguez and Abdoulaye Doucoure have each made hugely impressive starts to their Everton careers.

with the acquisitions of centre-back Ben Godfrey from Norwich City and goalkeeper Robin Olsen on loan from Roma.

“The players adapted really fast with their new teammates and that has helped us to start well.”

Everton went into the current international break top of the Premier League table,

having taken the maximum 12 points from their four top-flight matches.

The Blues have scored 12 goals over the course of those games and conceded just five.