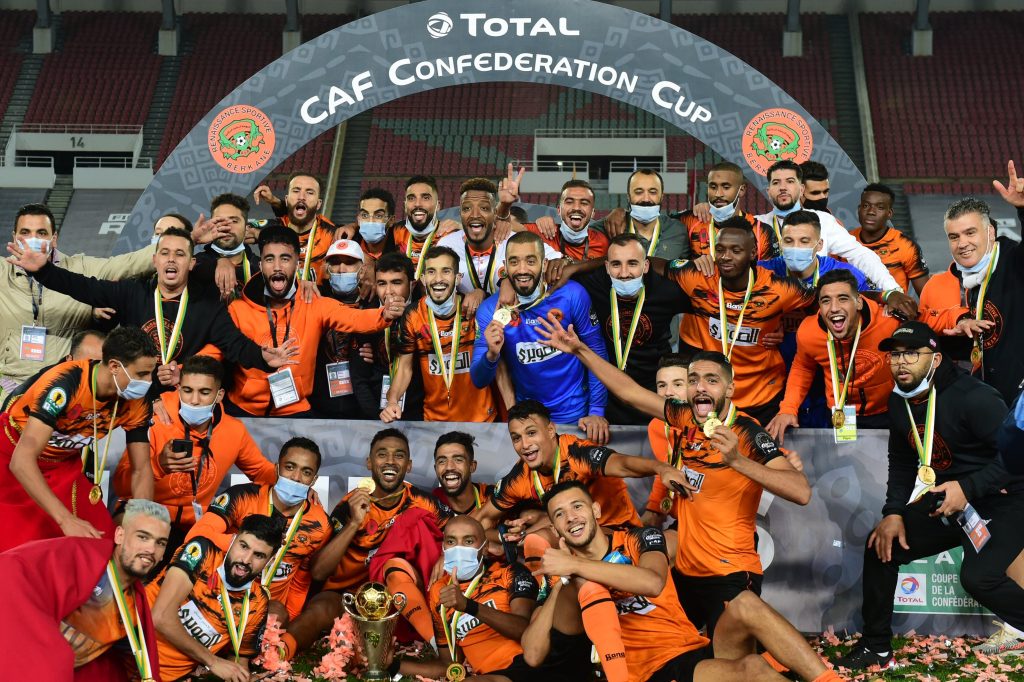 Moroccan side RS Berkane have won their first ever CAF Confederation Cup with a 1-0 over Egypt’s Pyramids FC Sunday night in the final at Rabat, Morocco.

Berkane’s experience helped them in defeating Pyramids who have had a magnificent run in this 2019/20 CAF Confederation Cup.

Indeed, the Moroccans after 15 minutes of play following a free-kick that defender Issoufou Dayo pushed into the net amid a total mess in the defence of Pyramids.

The great surprise is to see highly-rated Pyramids striker John Antwi being benched by Ante Cacic at the kick-off alongside Ibrahim Hassan (came on at the 56th minute) who helped the Cairo side in taking over Horoya AC in the semi-final.

The Ghanaian striker waited until the 66th minute before coming on the pitch as he replaced Ahmed Tawfik while Eric Traore continued to suffer between the defenders of RS Berkane.

The White Knights missed out the trophy despite the fact that Berkane midfielder Bakr El Helali received a red card in the dying minutes of the game (89th).

Though he has had an instant impact in the attack, with a header which were closed to the spot, Antwi could not find the equaliser.

Berkane then won the trophy after being beaten by Zamalek last year.