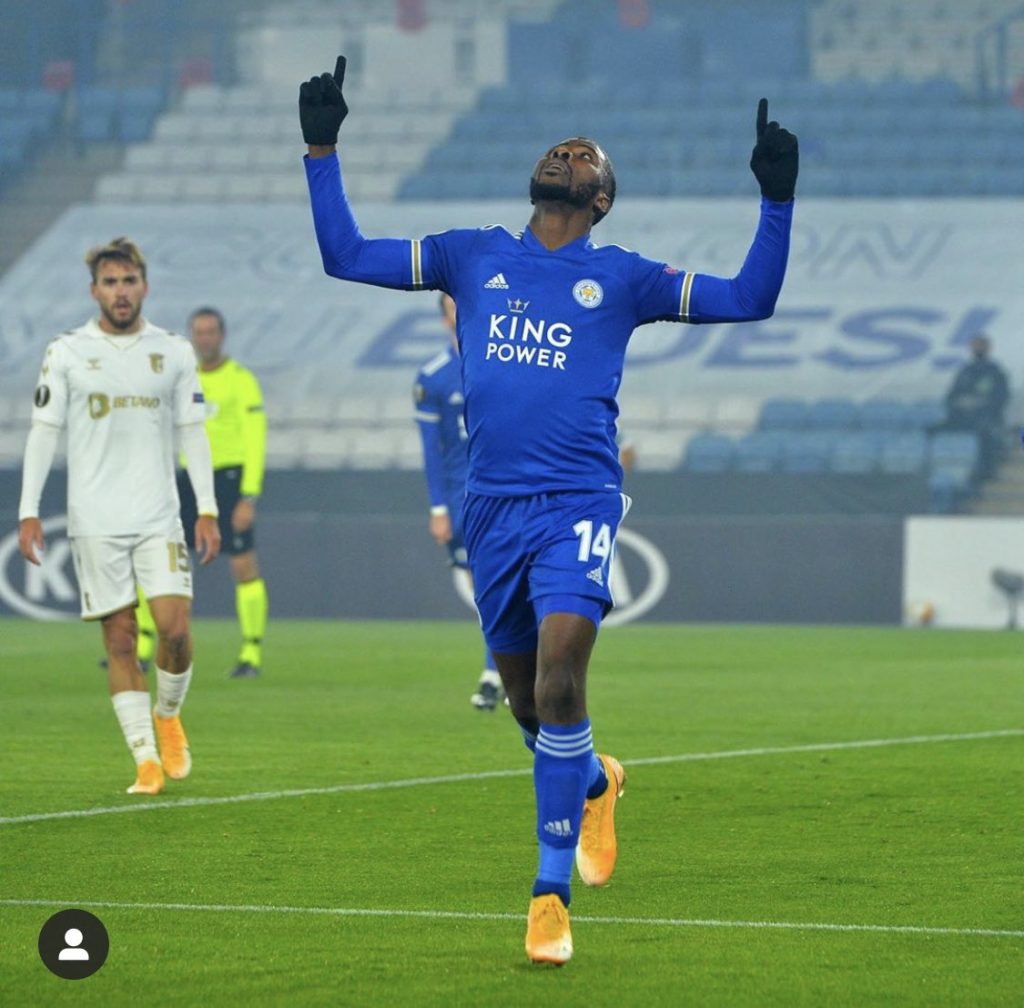 Kelechi Iheanacho has said he will keep working hard despite his impressive performance that helped Leicester City to a third consecutive win in the Europa League.

Iheanacho once again shone like a thousand stars as he scored a brace and assisted a goal in Leicester’s 4-0 win against Sporting Braga at the King Power Stadium.

The Super Eagles forward was handed a starting XI place by Brendan Rodgers.

Iheanacho in an interview after the game reflected on the performance of his team.

He said, “We’re in a great position in the group.

“We still have a long way to go, but it’s about keeping going, taking it game by game and let’s see,” Iheanacho told Europa League website.

“The first goal came from a rebound and I was maybe a little bit lucky with the second too.

“Thankfully they all count! I’m happy to score again.”

“We did well, scored some good goals and deserved to win in the end.”

“I just need to keep working in training and doing my job.

“We have a great squad and everyone is doing his best,” he added.

The Super Eagles star opened scoring for the Foxes on 21 minutes before doubling their lead on 48 minutes.

He then turned provider by setting up Dennis Praet for Leicester’s third in the 67th minute.
With 12 minutes left in the game Leicester went 4-0 ahead thanks to James Maddison.

He didn’t finish the game as he was later replaced by Ayoze Perez in the 72nd minute.