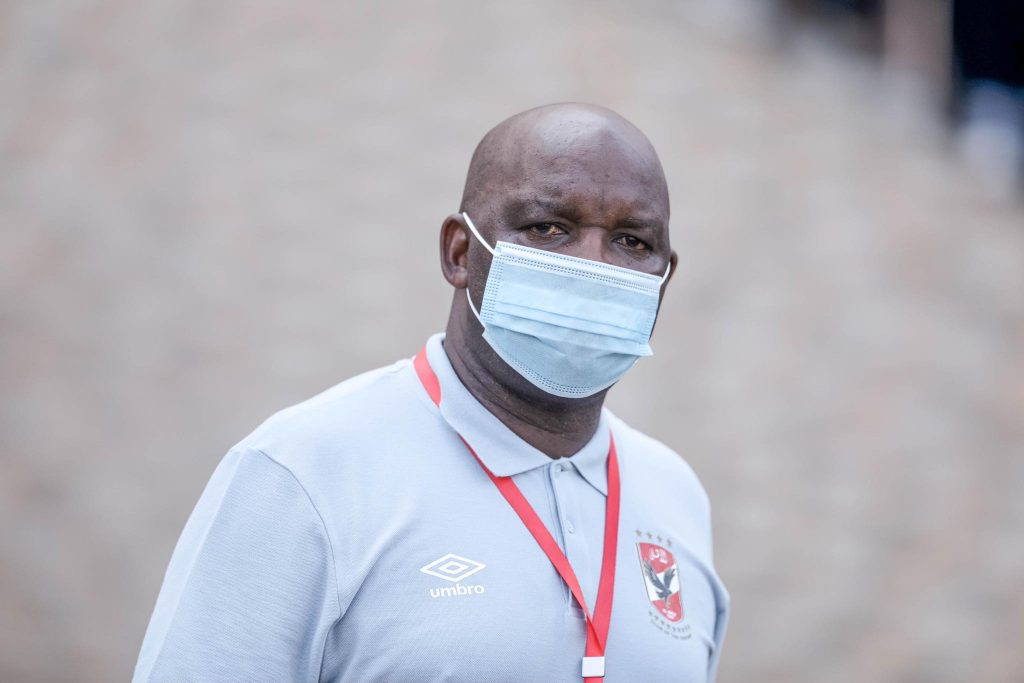 The South African manager has been lucid in his post-match reaction as he acknowledged that his men missed a couple of occasions in the first half.

However, Pitso believed after having grabbed just three points from two games can still qualify for the next round as they have four games in hand before the end of the group stage.

In addition, he preserved himself from commenting the presence of 30,000 fans at the Benjamin Mkapa National Stadium.

“We still have four remaining games in the group stage, and we will fight to reach the next round”, Pitso Mosimane told Al Ahly’s official website.

“We aimed to dominate the possession in today’s game, but we missed several chances in the first half, and in these games, we have to take all of our chances.”

“We have to be professional after any loss, but the game could be held in better circumstances. I am a professional coach and I have no comments on the fans’ attendance as it was the CAF’s decision, but what happened today did not happen in any place in the world.”