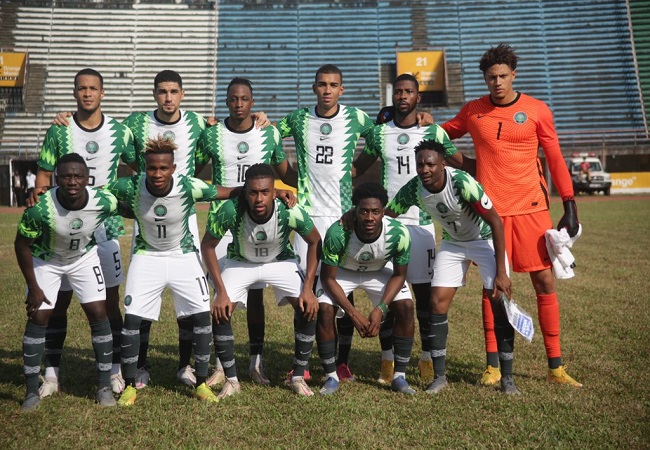 The Nigeria Football Federation (NFF) have officially confirmed via the Super Eagles Twitter account the dates and kickoff times for the national team’s final 2022 Africa Cup of Nations (AFCON) qualifiers.

The Super Eagles matchday five fixture will hold in the capital of Republic of Benin, Porto-Novo on 27th Saturday March. The game will kick off at 17:00 (WAT).

The final fixture will take place on Tuesday, 30th March 30 in Nigeria’s commercial capital, Lagos with a kick-off time of 17:00 hours (WAT).

Though the match venue for the gameday six fixture has not been disclosed, it is scheduled to hold at the Teslim Balogun Stadium.

Nigeria got the better of Benin earlier in the qualifiers, with Victor Osimhen and Samuel Kalu finding the net in a 2-1 win versus Benin at the Godswill Akpabio Stadium, Uyo. Win that  occurred despite the opponents taking an early lead through former West Brom star Stéphane Sessègnon.

The three-time African champions defeated Lesotho 4-2 the following matchday thanks to strikes from Alex Iwobi, Samuel Chukwueze and Osimhen (2).

Gernot Rohr’s team will camp in Lagos before traveling to the Republic of Benin.