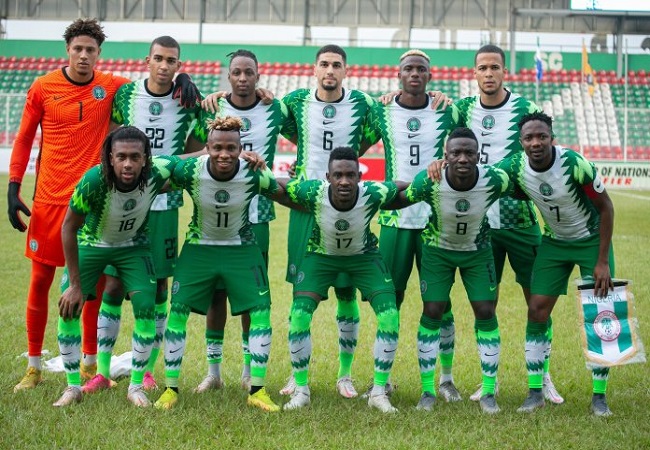 The Super Eagles will take on their arch-rivals indomitable Lions in friendly in Austria next month after the FIFA World Cup qualifiers scheduled to start next month was postponed to September.

And ahead of the highly-anticipated encounter, Super Eagles manager Gernot Rohr has called up a total of 31 players.

Simy Nwankwo and Terem Moffi appear in the team for Nigeria’s international friendly game against Cameroon on June 4.

The German tactician has invited Simy three years after he last played for the team. The 29-year-old is Nigeria’s top scorer in Europe’s top five leagues with 19 league goals in the Italian Serie A.

Rohr had previously cast doubts on Simy’s chances in the team. But the friendly against the Indomitable Lions is a perfect opportunity for the 29-year-old to stake a claim in the team.

Moffi is also one of the many Nigerian strikers flying the country’s flag high in Europe. The former Kortrijk star has scored 14 league goals for Lorient this season- the most a Nigerian has scored in the Ligue 1 since Victor Ikpeba scored 16 for Monaco.

Other players in Rohr’s list include the regulars like Ahmed Musa, Joe Aribo, Victor Osimhen, Samuel Chukwueze and Moses Simon.