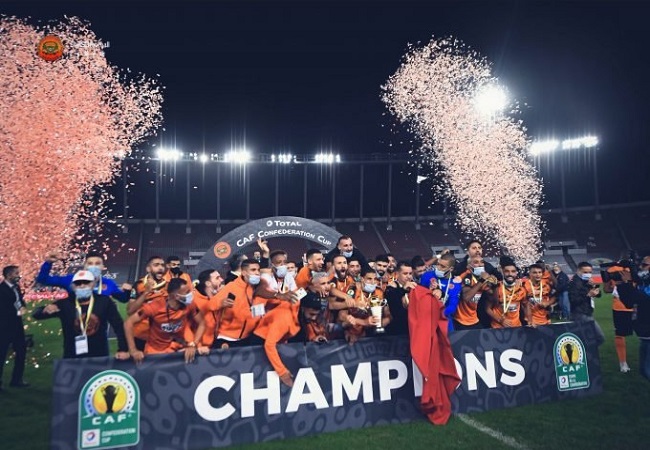 RS Berkane will face Egypt giants Al Ahly on Friday, 28th May in Doha for CAF Super Cup final. And The Moroccan side captain Mohamed Aziz has affirmed they will give their maximum and defend their chances to make their fans happy.

Berkane are the champions of the last edition of the CAF Confederation Cup after defeating Egypt’s Pyramids in the final.

The Moroccan side have achieved just one victory in their last six games in the Moroccan league. They however lost three games and registered draws for two others.

Berkane sit in the ninth place in the Moroccan Botola collecting 23 points after playing 18 games.

“Playing against Al Ahly will be tough. But RS Berkane improved a lot recently. And we will defend our chances in winning the Super Cup.” Aziz told Le360.

“Berkane got strong players. And we will attempt to redeem ourselves for the poor performances in the league to make the fans happy.”

“We will deliver a big display against Al Ahly. And God willing the result will be ours.” He addded.

Berkane are familiar with Egyptian football as they have faced Zamalek and Pyramids respectively in the Confederation Cup final in the past couple of years, losing one and triumphing in the other.