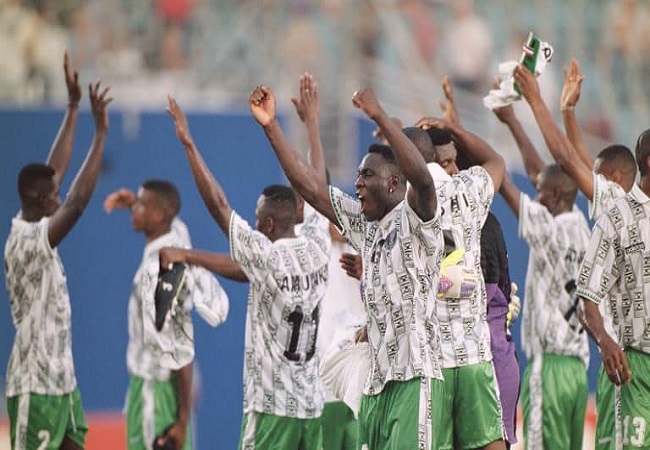 The Minister of Youth and Sports Development, Sunday Dare, has paid tribute to President  Muhammadu Buhari for his timely response  in allocating houses to the victorious 1994 Super Eagles football team winner of 1994 Afcon in Tunis after successive  governments  failed to do so.

“I want to most sincerely thank President Muhammadu Buhari for his quick response to the memo  raised by the Minister of Works and Housing  Babatunde Raji Fashola, SAN.” Dare said. “This case had lingered for too long. But thanks to the President  for making this long standing promise a reality.” 1994 Super Eagles of Nigeria

“This is not only heart warming, but timely and commendable. This is another confirmation that the President  loves  sports and would always reward our sports men and women who make this country proud. We are so delighted that the labour of our heroes has not gone in vain,” Dare added.

Following a memo by Minister of Works and Housing, Babatunde Fashola, the president approved the allocations in their states of preference. He noted that six players and three technical crews received their houses already.