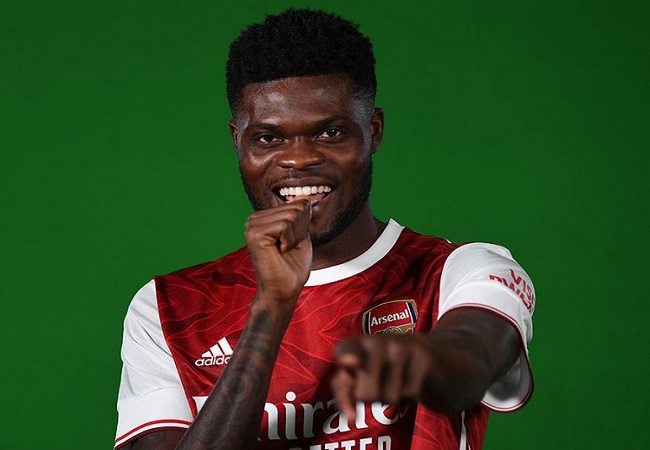 Arsenal fans took to social media to praise Thomas Partey after they saw a video of the Ghananian midfielder ignoring a Tottenham fan when visiting his native Ghana.

The Gunners signed Partey from Atletico Madrid on deadline day last summer, activating his £42.5million release clause with hours to spare in the transfer window. A signing that supporters were overjoyed with considering his reputation across Europe.

He got off to a brilliant start at the Emirates, delivering a  colossal display against Manchester United last November as Arsenal won at Old Trafford in the league for the first time since 2006.

However, the tough-tackling midfielder endured several injury problems. And he struggled for form when he was available as the Gunners’ went on a torrid run before Christmas that saw them drop as low as 15th in the table.

Still, as the north Londoners approach a new season they are hopeful that Partey will come good given how consistent his performances were during his time in the Spanish capital.

And Arsenal fans took to social media to show their love for the 28-year-old as a video surfaced of him ignoring a Spurs fan during a visit to his native Ghana.

Partey was greeting all of his fans with a fist bump. But he completely blanked one fan that was sporting a Tottenham shirt, something that will delight the Gunners faithful.

The combative midfielder, who has been handed the no. 5 shirt ahead of next season, is expected to start Arsenal’s pre-season clash against Scottish champions Rangers on Saturday afternoon.

Partey featured on Tuesday afternoon as the Gunners were defeated 2-1 by Hibernian in their pre-season opening fixture.

Also Read : THOMAS PARTEY TO GET NEW SHIRT NUMBER WITH ARSENAL NEXT SEASON