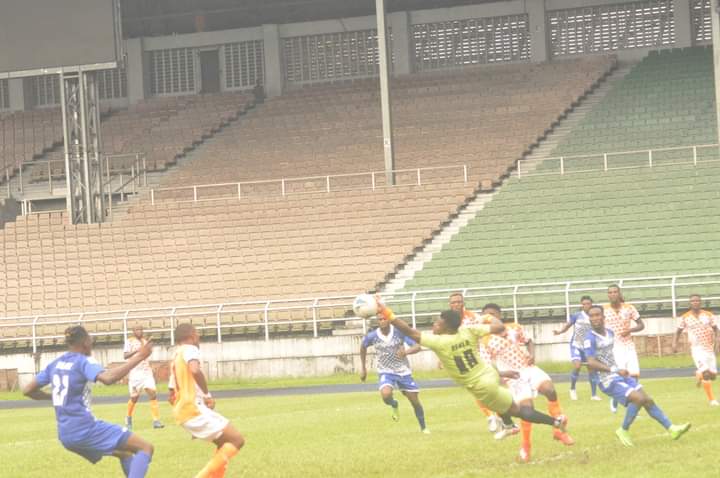 The Seasiders entered Matchday 33 of the NPFL fixtures on the back of their 2-1 loss to Rivers United last weekend.
A 48th minute goal from Williams was all Warri Wolves needed to boost their chance of escaping relegation.
In other Matchday 33 fixtures, table toppper, Akwa United maintained their too position as they held Rivers United e
to a 1-1 draw.
Kano Pillars continued their push for the title as they recorded yet another victory at the Ahmadu Bello Stadium against Dakkada FC.
Rabiu Ali and David Ebuka scored for the Mai Su Gida side in the 2-0 win against the visitors.
Silas Nwankwo 15th minute goal was all Nasarawa United needed to get the points against MFM FC and keep the pressure on Akwa United.
Tosin Omoyele was the hero for Enyimba who rallied back from one goal down to defeat Jigawa Golden Stars.
Bature Sani gave the visitors the lead in the 43rd minutes.
Reuben Bala levelled for the People’s Elephant yep minutes after the break.
Omoyele 88th minute goal was enough to see Enyimba push for the title race.

The Oriental derby between Heartland FC and Enugu Rangers ended in favour of the Owerri-based club.

Heartland took the lead in the 11th minute before Rangers drew level courtesy of  Elijah Ani’s goal in the 22nd minute.

Chijoke Akuneto gave Hearland the bragging right as he  fired home the winner eight minutes before the break.