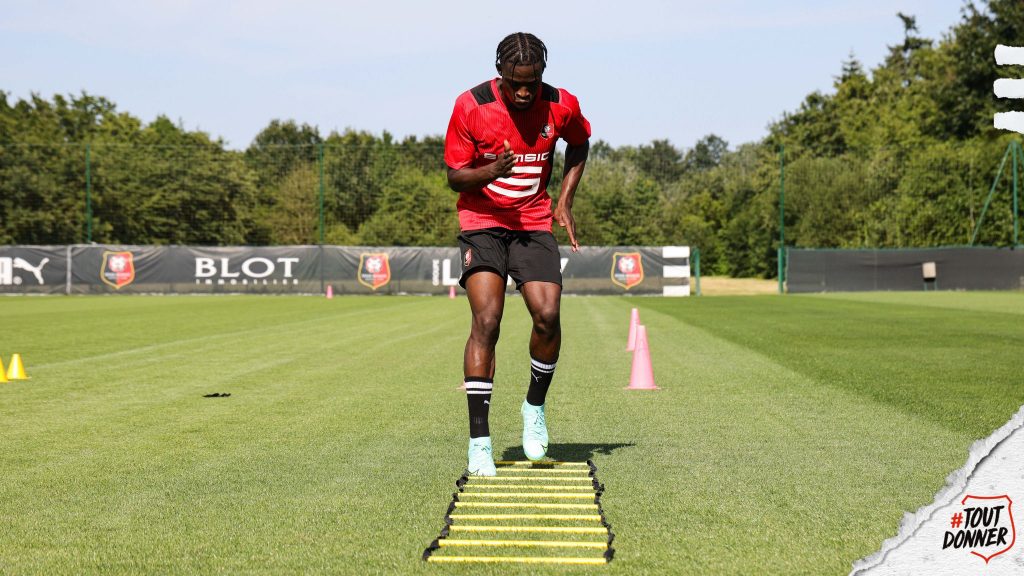 Ghanaian youngster Kamaldeen Sulemana has appeared for the first time at Stade Rennais’ training ground following his move from Dutch side Nordsjaelland on a five-year deal.

Sulemana had the opportunity to seal a move to several European clubs and was even urged by his Black Stars teammate Mohammed Kudus to join him at Ajax Amsterdam, but he turned them all down.

And the 19-year-old did not take much time before wearing Rennes’ outfit and train with his new teammates after making his farewell to his former clubs’ fans.

He followed the instructions of Rennes coach Bruno Genesio on his first training on Monday.

Kamaldeen Sulemana who will be in competition with Belgium teenage sensation of Ghanaian roots Jeremy Doku, may have the opportunity to make his debuts with his new club when they take on La Liga’s Getafe tonight at 5pm in a friendly match.