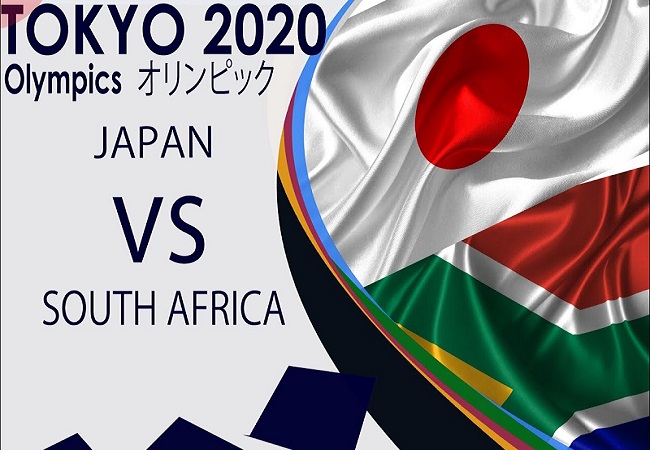 Japan Under-23s will kick off their Olympic Games campaign on Thursday, as they take on South Africa Under-23s in Group A action.

The young Japanese side will come into the Olympics on home turf with high expectations. And they will hope to start with a convincing victory over their African counterparts.

As the host nation of the Summer Olympics, Japan did not have to go through qualifying to reach this stage. But they still come in as one of the most heavily fancied nations.

They head into the tournament in a strong run of form, having won two and drawn one of their last three games.

That started with a convincing 4-0 win over a senior Jamaican side in a hybrid friendly, with the young team showing their class in a dominant victory.

Hajime Moriyasu’s side then built confidence earlier in July with a 3-1 win over a Honduras Under-23s side that they could meet in the knockout stage of the Olympic Games tournament.

Most recently, the Japanese Olympic squad took on pre-tournament favourites Spain in a friendly in preparation for the Olympic Games. And they came away with a creditable 1-1 draw, as Carlos Soler equalised late for their opponents after Ritsu Doan had put Japan Under-23s ahead on the stroke of half time.

They will now look to start the Olympics campaign in a positive manner on home turf, as they take on South Africa’s young side.

South Africa qualified for the upcoming Olympic Games Men’s Football tournament through the Africa Under-23s Cup of Nations in 2019.

The Amaglug-glug recorded a win over Ivory Coast in the group stage alongside draws with Zambia and Nigeria to finish second and book their spot in the final four as a result.

They would ultimately fall short in the semi-final, as an Abdel Rahman Magdy brace and a Ramadan Sobhi goal fired Egypt Under-23s to a 3-0 victory on their way to lifting the trophy.

South Africa would go on to win the third-place playoff in a penalty shootout after a 2-2 draw with Ghana, as a converted Lyle Foster spot kick and a missed opportunity from Emmanuel Cudjoe made the difference in sudden death.

Regardless of their defeat in the semi-finals, the advancement out of the group stage earned South Africa one of the continent’s four available spots for the upcoming Olympic Games tournament. And they will hope to defy the odds and pick up a positive result against one of the strongest sides in the first game.

Their only match of the calendar year so far saw David Notoane’s side again fall to a 3-0 defeat at the hands of Egypt Under-23s, this time in friendly action. And they will hope to put that behind them as they head into this summer’s tournament.