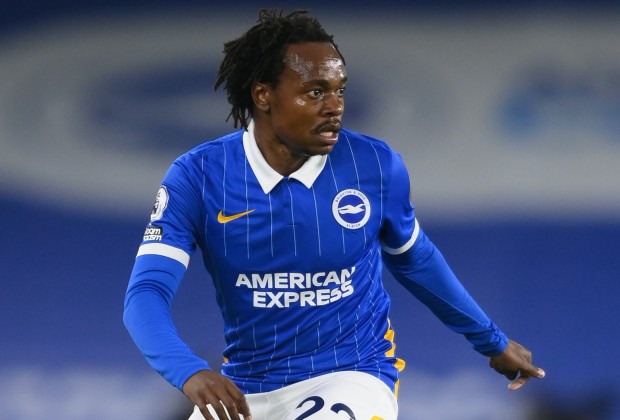 Percy Tau is getting closer and closer to Cairo where he will sign for Al Ahly as the South African striker has been left out of Brighton squad to face Getafe in their final pre-season friendly this Sunday, August 8.

Tau, 27, has not been given the chance to impress at the Amex Express Stadium since joining the Seagulls in 2018 from Dstv Premiership side Mamelodi Sundowns.

So far, he went on on loan respectively at Union SG, Club Brugge and Anderlecht last season.

However, the player and the club both want to find him a way out and it seems that all directions lead him to Cairo.

The Bafana Bafana striker has been left out of Graham Potter’s squad who will take on La Liga side Getafe for their final pre-season friendly match.

According to KingFut, Percy Tau’s move to Al Ahly is imminent as Walter Bwalya (Forward, DR Congo) and Aliou Dieng (Midfielder, Mali) are close to leaving the club.

The Cairo-based outfit is also expected to complete the signing of highly-rated Simba SC midfielder Luis Miquissone in the next few days.