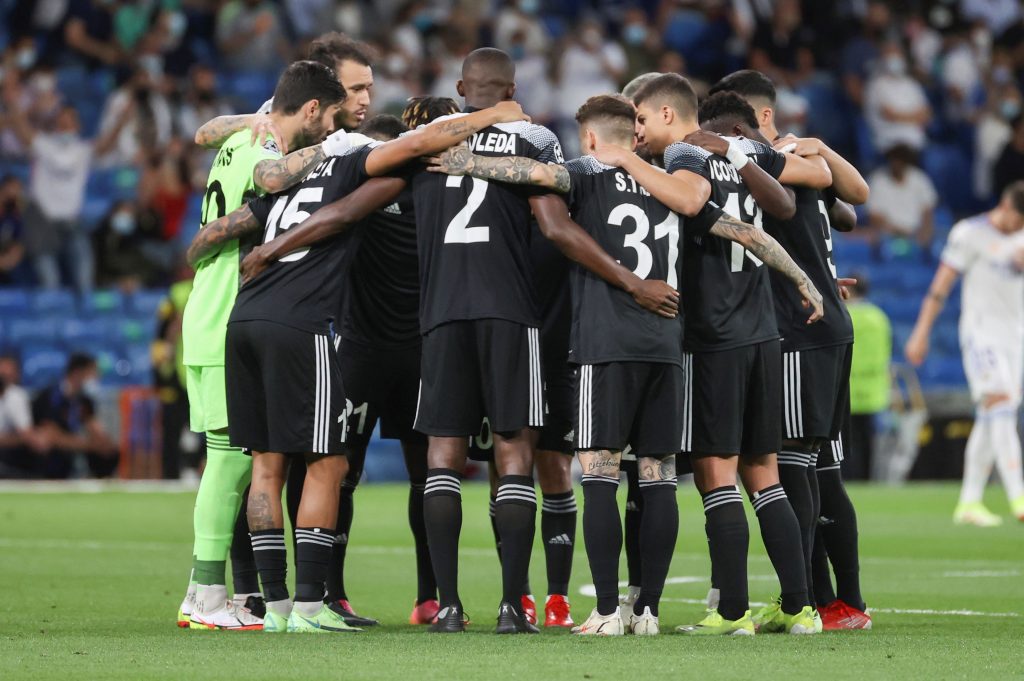 Sheriff Trisapol pulled one of the biggest surprise underdog win as they score a 90th minute goal from Sebastien Thil saw them defeat Real Madrid 2-at the iconic Santiago Bernabeu.

The Moldovan champions who are making their debut continued their impressive form after beating Shakthar Donetsk 2-0 in the opening game.

Sheriff Tiraspol, a club founded in 1997 in a city located in the unrecognized Transnistria did the unthinkable against a Real Madrid star studded side who enjoyed ball possessions.

The visitors took lead in the 25th minute through Djasur Yakhshibaev from a Cristiano’s assist.

Karim Benzema levelled for Real Madrid in the 65th minute as Madrid had the majority of possession.

At the brink of 90 minutes, Adama Traore found Sebastien Thil found who beat Thibaut Courtois to give the Moldovan club a win.