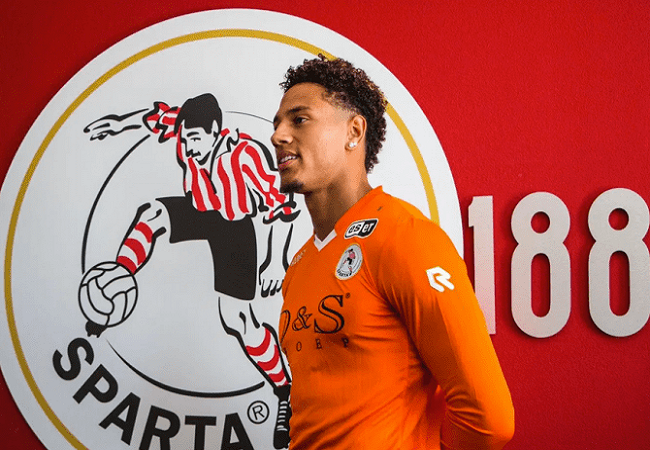 According to Transfermarkt, Nigerian goalkeeper Maduka Okoye now has a market value of €1 million. It is the highest mark the Sparta Rotterdam shot-stopper has ever hit.

Okoye’s profile has been on the rise since the youngster became a Nigerian international. The German-born goalie made his debut for the Super Eagles against Brazil in October 2019 when he was valued at €150,000 and still struggling at Fortuna Dusseldorf.

Okoye switched to Sparta Rotterdam in 2020. And he has since become the number one goalkeeper for the Super Eagles.

The 22-year-old was in goal, keeping a clean sheet as the three-time Afcon kings defeated the Central African Republic in Douala on Sunday.

With Okoye now bearing a valuation of €1 million, only 19 goalkeepers born in 1999 and after have a higher market value than the native Rhinelander.

The rise in estimation for Okoye would be good news to Sparta, as the Eredivisie side has never sold a goalkeeper for a million euros.

The shot-stopper was previously linked with a move to Ajax. But he inked a long-term extension to his contract that will see him stay in Rotterdam until 2025.

Still, his representatives are believed to be in contact with Ligue 1 side Nice, negotiating for a potential transfer in January.