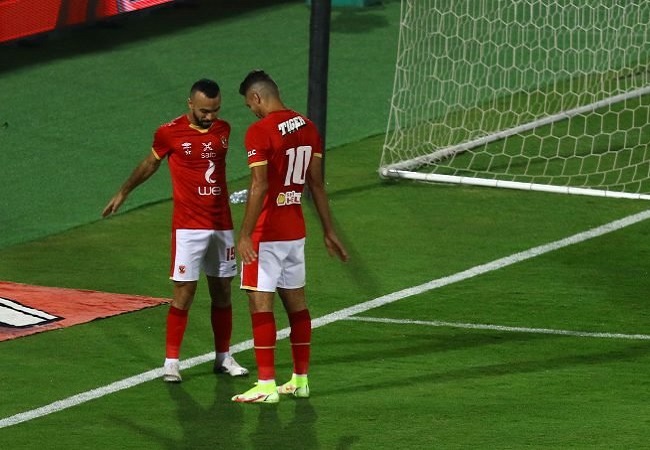 Al Ahly advanced to the group stages of the CAF Champions League As Pitso Mosimane’s side thrashed USGN 6-1 on Saturday evening.

A fast start just as Mosimane ordered showed with eight minutes on the clock after a half-volley in the area from Mohamed Sherif nestled the back of the net.

It was two after nine minutes when a pass from Ali Maaloul to Mahmoud Kahraba led to a cross for Mohamed Magdy Afsha to do the rest with a simple header from point-blank range.

USGN reduced the home side’s strong hold on to tie with a goal of their own with halftime on the horizon.

However, it didn’t fear the Cairo Red Devils following the second half as Afsha restored their two-goal advantage with a decent finish.

It was four for the host in the middle period of the second period courtesy of a smart drill beyond the opposite number from Hussein El-Shahat.

Ahly weren’t done with their scoring act this after Mahmoud Kahraba made it five with a low effort from the cusp of the six-yard area in the last 20 minutes.

The Cairo Red Devils bagged a sixth goal with three minutes to go after Hamdy Fathi’s shot from outside the danger area found the net, as the Red Devils advance to the group stage phase with a 7-2 aggregate win.