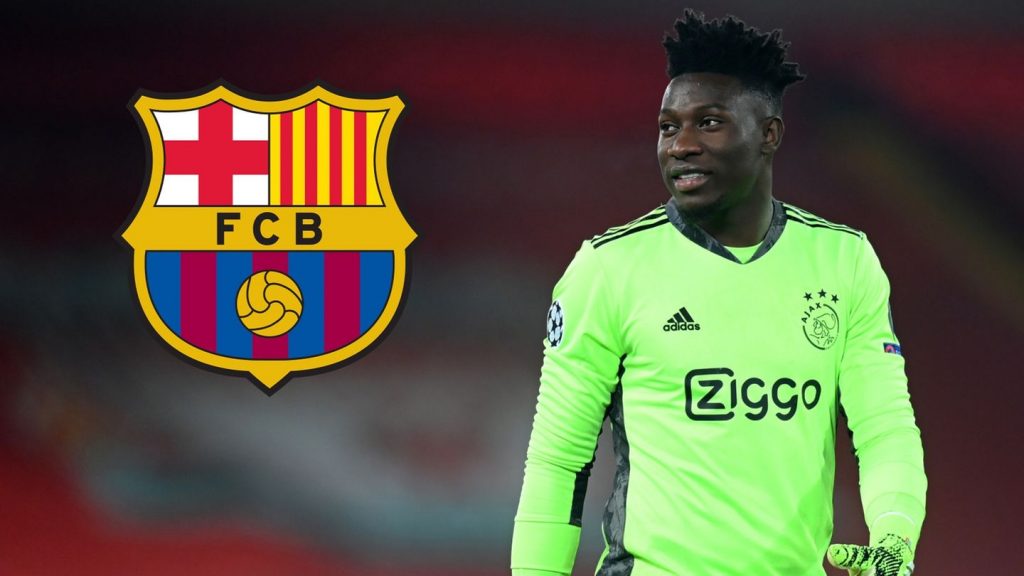 La Liga giants FC Barcelona are said to be watching carefully over the situation of Cameroonian goalkeeper Andre Onana who emerged as Inter Milan top winter target as he decided not to extend his contract with Ajax Amsterdam.

The 25-year old will not extend his contract which will expire in June 2022 with the Dutch side. And everyone one at the club knows his stance over his future.

After Premier League side Arsenal pulled out of his suitors, Serie A defending champions Inter Milan remain the only team to make of him a target.

While the Italian top-flight side are planning to reach an agreement with Onana in December pending his signing in summer, Barcelona enter the race.

José de la Fuente who is in Xavi Hernandez’s staff was one the coaches of Andre Onana when he in Barcelona’s famous Academy La Masia in 2011 before his departure in 2015.

In addition, Onana is actually training with the Indomitable lions after a year of absence due to his UEFA ban for doping violation. He’s is back now and set to help Cameroon look for a FIFA World Cup qualifiers second round ticket against Malawi on Saturday and Ivory Coast on Tuesday, November 16.