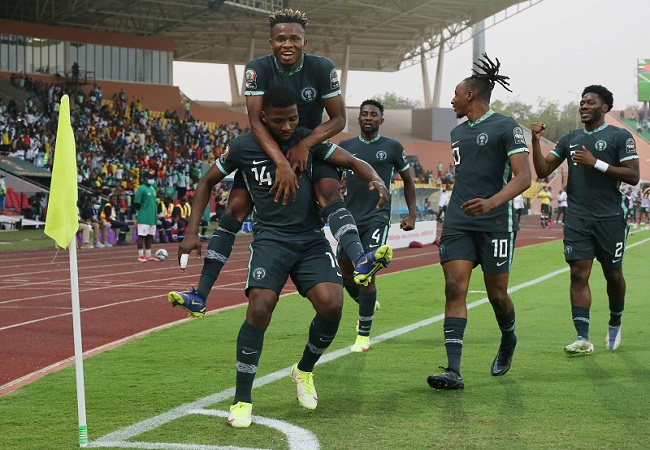 Nigeria defeated Egypt in their 2022 Africa Cup of Nations (AFCON) opener on Tuesday. And Napoli striker Victor Osimhen has hailed the Super Eagles for their fantastic display that secured a well-deserved 1-0 victory over the Pharaohs at the Roumdé Adjia Stadium in Garoua.

Osimhen, the national team’s leading goalscorer during the Afcon and World Cup qualifiers, saw the game on TV after injury ruled him out of his second appearance at the Afcon.

Two of Nigeria’s most reliable strikers in Genk’s prolific hitman Paul Onuachu and Al Shabab’s Odion Ighalo also missed the Super Eagles’ party to Cameroon due to a variety of reasons.

But it mattered little, though, as the three-time continental champions put their shoddy preparations behind them to produce a dominant showing against a Mohamed Salah-captained Egypt.

Kelechi Iheanacho got the winning goal to get their quest for a fourth Afcon title to a perfect start. The Leicester City striker hammered a half-volley into the top corner on the half-hour mark.

Osimhen took to his Twitter account to congratulate his international teammates while urging them to get more wins.

Also read : VICTOR OSIMHEN EXPRESSED HIS SUPPORT TO SUPER EAGLES AHEAD OF THEIR AFCON OPENER

“Congratulations guys, amazing performance. We continue to build on this momentum.” Wrote the former Lille.

Nigeria will next face Sudan on January 15, with a win enough to guarantee their place in the knockout rounds.