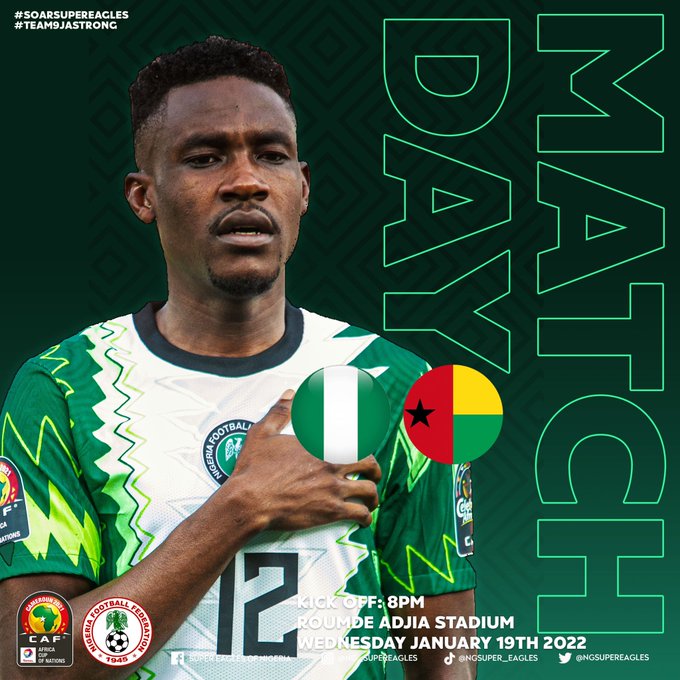 Super Eagles interim head coach Austine Eguavoen has decided to hand other players a starting berth ahead of the last Group D game against Guinea-Bissau.

Eguavoen who stuck to his first starting team in the second game against Sudan, made eight changes to the squad that defeated Sudan 3-1 last week with Almeria forward, Sadiq Umar preffered upfront today.

Semi Ajayi will be making his first start in the defence at the Africa Cup of Nations alongside William Troost-Ekong in central defence.

Tyronne Ebuehi and Jamilu Collins will play operate from the wing back.

Wilfred Ndidi kept his place in the pack alongside his Leicester City teammate Kelechi Iheanacho while Alex Iwobi will also be starting also.

CSKA Moscow midfielder, Chidera Ejuke will start also as the Super Eagles seek to get a maximum points.