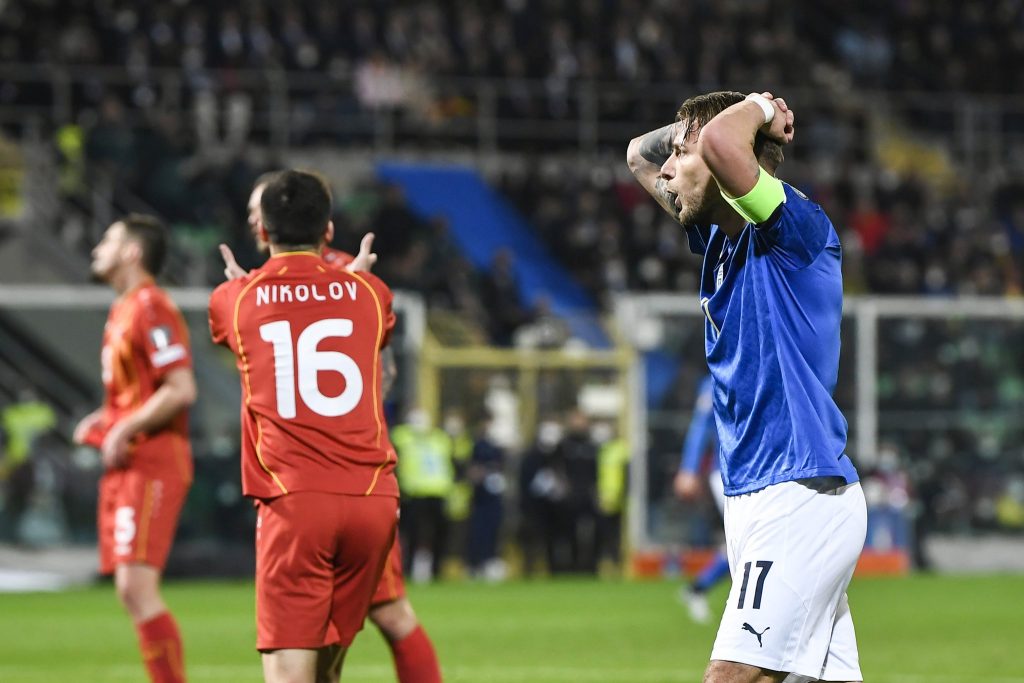 European champions Italia won’t play the 2022 World Cup in Qatar following their 1-0 loss to North Macedonia who progressed to the last round of the playoffs.

After missing the greatest football competition in the world who was held in Russia and won by France, Italy will miss the world cup for the second time in a row.

Roberto Mancini’s men who were not showing something special in their offensive sector, finally conceded a goal in the additional time as Aleksander Tarjkovski nets the winner for North Macedonia.

In addition, North Macedonia will take on Portugal who beat Turkey (3-1) for the final battle to see who makes it to Qatar later this year..