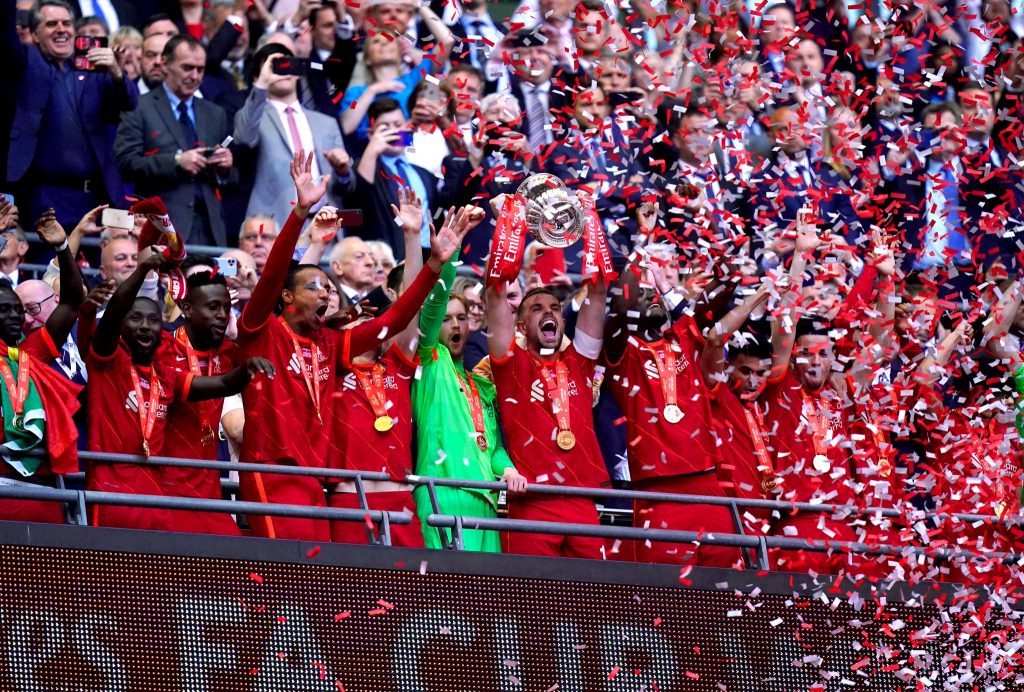 Liverpool maintained their hopes of winning a quadruple after lifting the  FA Cup by defeating Chelsea 6-5 in a penalty shootout at Wembley Stadium on Saturday.

After 120 minutes, the encounter at the home of English football ended 0-0.

With the win, Liverpool has now won 50 trophies, equaling Manchester United’s record as England’s most successful club, despite the fact that the Reds are still competing on two fronts this season.

United, on the other hand, has won a total of 45 major trophies but has yet to win a trophy since Jose Mourinho took over as manager.