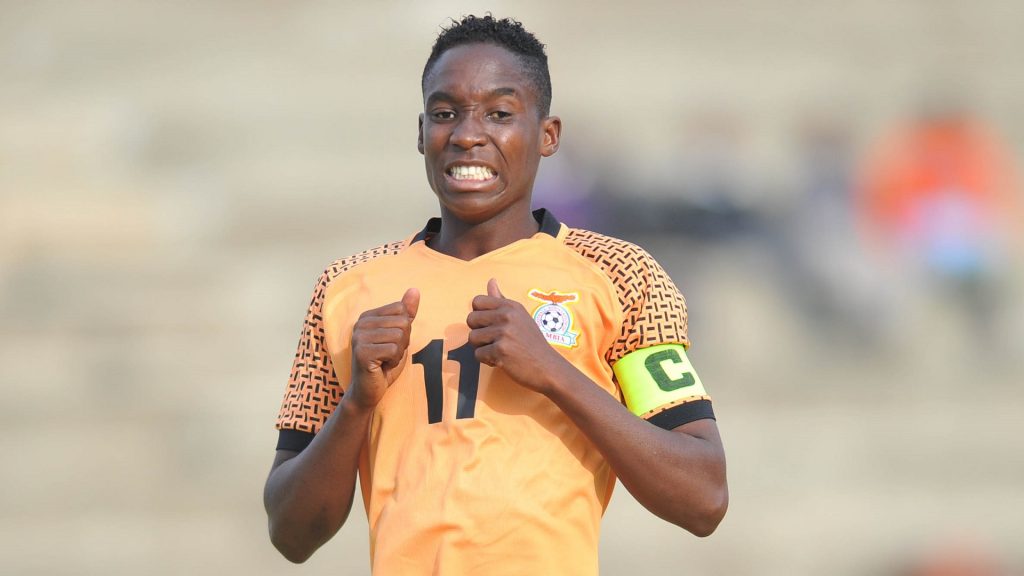 Zambia forward Barbra Banda has been surprisingly ruled out of the WAFCON 202 (Women’s Africa Cup of Nations) with fans questioning the reason behind Confederation of African Football (CAF) decision.

Banda was one of the most expected players in the Women’s Africa Cup of nations alongside with Nigeria’s Asisat Oshoala, Cameroon’s Ajara Nchout and others.

However, the Zambia goal-getter missed out on Copper Queens’ first encounter against Cameroon (0-0) earlier this week.

Read more : WAFCON 2022 – Fixtures to watch out on Thursday

“All the players had to undergo gender verification, a Caf requirement, and unfortunately she did not meet the criteria set by Caf,”  Kamanga revealed.

“It’s unfortunate that we find ourselves going into the tournament without our best players.”

However, CAF Communications Director Lux September debunked his declaration saying “there is no such decision from the Caf medical committee”.

And his answer did nothing but irritated more Football Association of Zambia President Andrew Kamanga.

“Everybody at home [in Zambia] has been made to believe that Faz did nothing and decided on their own to exclude the player,” Kamanga continued.

“We the federations are compelled to undertake the tests and then we pass on the information to Caf, and Caf, equally, test the players if needs be in the tournament.

“So it will be unfair to turn around and say Caf is not part and parcel of whatever has transpired.”