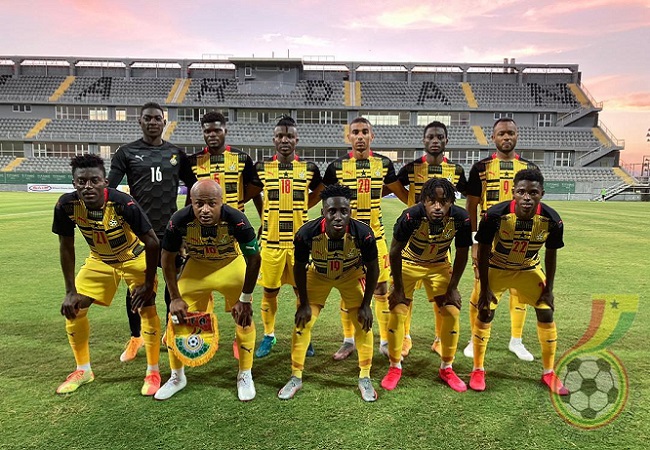 After friendlies against Japan and Chile last month, Ghana are set to take on Switzerland in a friendly game as preparation for the upcoming World Cup to stage in Qatar later this year.

The meeting between the Black Stars and the Swiss on 17 November at the Baniyas Stadium in Abu Dhabi will be first time the countries have faced each other at senior international level.

The Ghana Football Association (GFA) says the game will serve as a perfect preparation for coach Otto Addo ahead of their World Cup Group H opener against Portugal seven days later.

Four-time African champions Ghana will head to Abu Dhabi for a training camp ahead of World Cup matches against Portugal, South Korea (28 November) and Uruguay (2 December).

There is only a one-week window of preparation for the 32 countries competing in Qatar, with players joining up with their national teams from 13 November.

Ghana played two friendlies after last month’s qualifiers for the 2023 Africa Cup of Nations. But an injury-affected and Covid-hit side lost 4-1 to Japan and then beat Chile on penalties after a 0-0 draw.

However, the 2023 Nations Cup finals in Ivory Coast have been delayed from June-July next year until early 2024, raising the possibility of qualifiers being rearranged.

Addo will be hoping that facing Switzerland will give dual-nationality players who have recently declared their availability an opportunity to blend with the squad ahead of the global event.