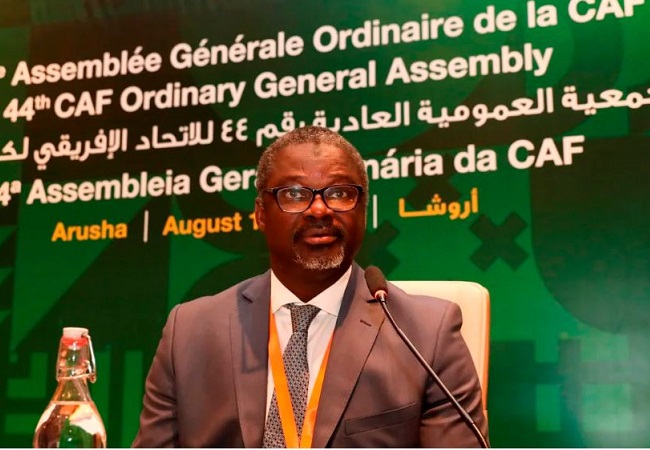 Lamin Kabba Bajo of Gambia has been elected as the new President of the West Africa Football Union (Wafu) Zone A.

The leader of the Gambia Football Federation (GFF) was elected on Monday during the regional body’s General Assembly in Arusha on Monday.

Bajo was elected unopposed during the meeting in the Tanzanian city where CAF is holding its 44th Ordinary General Assembly.

He will serve a two-year term in office of the nine-member regional body.

The President of the GFF, who was the only candidate in the election, takes over from Antonio Souare of Guinea.

Bajo becomes the first Gambian to be elected Wafu A President, vowed to work with his colleagues in the region to continue to improve the game.

“Our zone is among the strongest on the continent. But we will not rest on our laurels as they will continue to work hard to continue to improve.” President Bajo told Cafonline.com.

“As you know the African champions Senegal are from our zone. And there are other similar success stories. But we want to continue to improve.

“I will be working with my colleague FA Presidents to continue to organize more competitions and capacity building programmes to achieve the targets we have set.”

CAF President Dr Patrice Motsepe attended the meeting of the Wafu A general assembly as part of the Zonal Unions’ Day during the three-day meeting in Tanzania.

Dr Motsepe reaffirmed his commitment to change the face of African football with sustainable football projects.

Also Read : ‘I DECIDED TO EMIGRATE DUE TO INJUSTICE SUFFERED’ – TUNISIAN GOALKEEPER

The West African Football Union (WAFU) was founded in 1975. But was split into two zones in 2011.