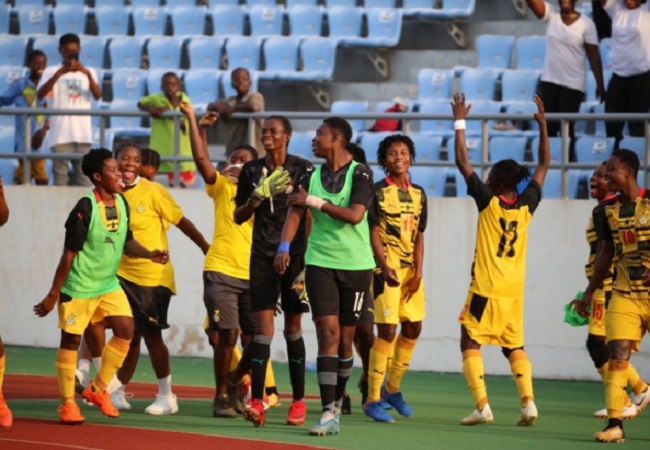 Former Black Maidens (Ghana’s female U-17) gaffer, coach Evans Adotey, has cautioned the Black Princesses to be focused ahead of the FIFA Under-20 Women’s World Cup in Costa Rica.

According to Coach Adotey, losing to the French national female U-20 team in a friendly match prior to the tournament, should serve as a wake-up call for the Princesses to put their best foot forward.

The Black Princesses suffered a 4-0 defeat at the Complexe Sportif de Clairefontaine on July 29, 2022.

He said although the France U-20 team was very formidable and well-organised for the World Cup, Ghana could correct their mistakes and fix the ‘loopholes’ before the World Cup – commending the Ghana Football Association (GFA) for the friendly matches to make the Princesses prepare appropriately for the tournament.

Speaking to the Times Sports at the weekend, Coach Adotey said he strongly believes Ghana can make it from the group stage if they correct their mistakes from the friendly matches and the players take instructions from Coach Ben Fokuo and play according to his tactics.

“It is good we met a formidable team like France before flying to Costa Rica.

“Although we lost, it is a good opportunity for Coach Fokuo to correct his mistakes in the team heading into the campaign. Matches like this one are a wake-up call for the team to restructure themselves for the onerous task ahead.

“But I believe we can make a difference in our group and qualify to the next stage.” He asserted.

Speaking on the coach’s experience, Coach Adotey said he rates Coach Ben Fokuo highly ahead of his competitors in the group, due to his experience with the Black Maidens in the Costa Rica 2014 tournament, where he was an assistant to him.

“I am very glad to see the core of the team, unlike our other national teams where we are now looking for players to naturalise. The Princesses have played together for a very long time and that’s an advantage to us.

“Let me emphasise that Ben Fokuo is an experienced coach I have worked with. He is very focused and committed. He was my assistant when we went to the U-17 female World Cup in Costa Rica. And that puts him ahead of other coaches in our group. Because he knows how things work in that country already.”

Coach Adotey also tipped skipper Evelyn Badu to get a successful tournament in the Costa Rica tournament, after winning African Female Young Best Player and Inter Club Player of the Year Awards at the CAF Awards ceremony held at Morocco in July.

He advised her to stick to her normal style that won her the awards and should desist from making efforts to impress fans due to her awards.

“I strongly believe Evelyn Badu can be outstanding in the World Cup. Winning CAF Young Female Footballer of the Year will bring much expectation on her. And I trust she will deliver for Ghana.

“I will advice her to play her normal game on the field and should not be putting pressure on herself to impress because she has won an award.”

Ghana is expected to play its first group match against United States of America on August 11, 2022. The Princesses will next take on Japan and Netherlands on August 14 and 17 respectively.