This year, like all base racing competitions organized in the world, Kenyan athletes have demonstrated that they are the masters of the discipline. The 33rd Cross de Venta de Banos in Spain made no exception. 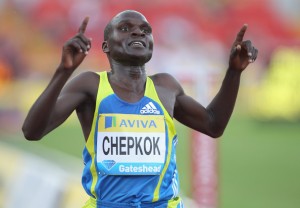 The winner of the race was 13 seconds ahead of his compatriot Kenneth Kipkemoi and more than 30 seconds on a skewer of British and Spaniards.
The third Kenyan Philip Kiptoo finished eighth in 36’30 “.
For the women, it is the young Kenyan Mercy Cherono (21 years), junior world champion of cross in 2010, who became imperative with hands up browsing 6, 8 km in 24’33 “and ahead of the British Hannah Walker (24’56 “) and the Eritrean Weldu Nazaret (25’07”). Asahassah the Moroccan Malika (25’11 “) completed the top 5.
Read also: