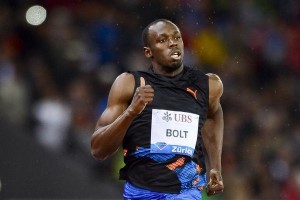 The 400m fail to Jamaican athlete Usain Bolt this season. For his third participation on this distance, the Olympic champion (100m, 200m and 4x 100) finished second with 46.44. He was outpaced by his compatriot Nicholas Maithland who finished the race in 45.79.

“I am happy to finish the race without injury and I look forward to the rest of the season,” said the best sprinter in the world who is preparing for Rio.
“It will be the second time I will go to Brazil, but this time it is for a competition, and I hope all the fans will come to support me, “said the Jamaican.

Yohan Blake, double silver medalist at the London Olympics on my 100 and 200 also beaten in another category  by the same Nicholas Maithland who finished the race in 45.79.

Usain Bolt will take part on September 6 in the next edition of the Memorial Ivo Van Damme.