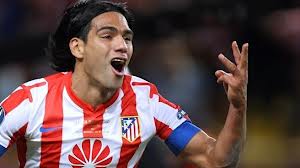 Vincent Duluc, journalist at l’Equipe loves controversy, and sensitive issues. And for him, there is no doubt. While many football fans wonder if Monaco did not do something crazy by paying Falcoa at 60 million Euros, Vincent Deluc persists: he is better than Zlatan Ibrahimovic who has yet scored 30 goals with PSG matching the record of JP Papin!

“How to say it without offending his majesty … he writes. Falcao is younger and probably stronger than Zlatan “

A debate that will bluster.

Some pictures to arbitrate it!