The curtains fell on Sunday for the 14th IAAF World Championships of Athletics in Moscow. In addition to the stars of the competition announced (Usain Bolt, Mo Farah and Shelly Ann Fraser-Pryce), the African continent has also asserted its talents. Kenya ranks 4th in the medal table with 12 charms.

The same thing as in Daegu!

On its way to Moscow, the goal was to do as well as two years ago in South Korea or exceed 3 to medals harvested in 2011. This was not a foregone conclusion as the competition was fierce. However, the continent’s athletes equaled the number of medals, revealing the passage of other hidden talents. 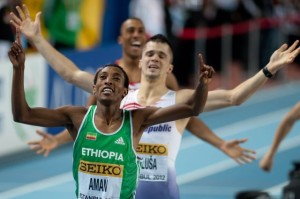 As usual, Kenya is the locomotive in terms of medals for African nations. 12 in total including all five gold won on the middle distance races. Special mention to Edna Kipalagat who at 34 years won the gold medal in the marathon, to Asbel Kiprop who retains his world title in 1500 and to the young world champion Eunice Sum on Sunday’s 800m ladies.

Ethiopia has no exception to the rule. Tactics to win at least two gold medals worked perfectly with Tirunesh Dibaba on 10,000 and Meseret Defar in 5000.

In the absence of Rudisha, Mohammed Aman was awarded the gold medal in the 800m at the Djibouti Ayanleh Suleiman arrived in bronze.

If the athlete is the hope of the continent, the sprinter has very few medals in recent years. The shot was rectified with the Ivorian champion Murielle Ahouré twice vice-world champion in the 100m and 200m. a good performance then for the one who finished second each time behind the untouchable Jamaican Shelly Ann Fraser-Pryce.

Nigeria’s Blessing Okagbare also confirmed all the good we thought of her. Already medalist at length, she also won bronze in the 200m final. 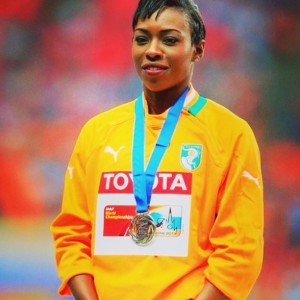 Big disappointment in contrast to those of the World women’s 400m where Amantle Montsho could not win the gold, exceeded by the breath of the Nigerian original Christine Ohuruogu. Not to mention the packages on injuries of great athletes such as David Rudisha and Francine Niyonsaba.

In two years, we will closely monitor the Kenyan Julius Yego, author of an impressive javelin ranking 4th with a throw of more than 85m 40.