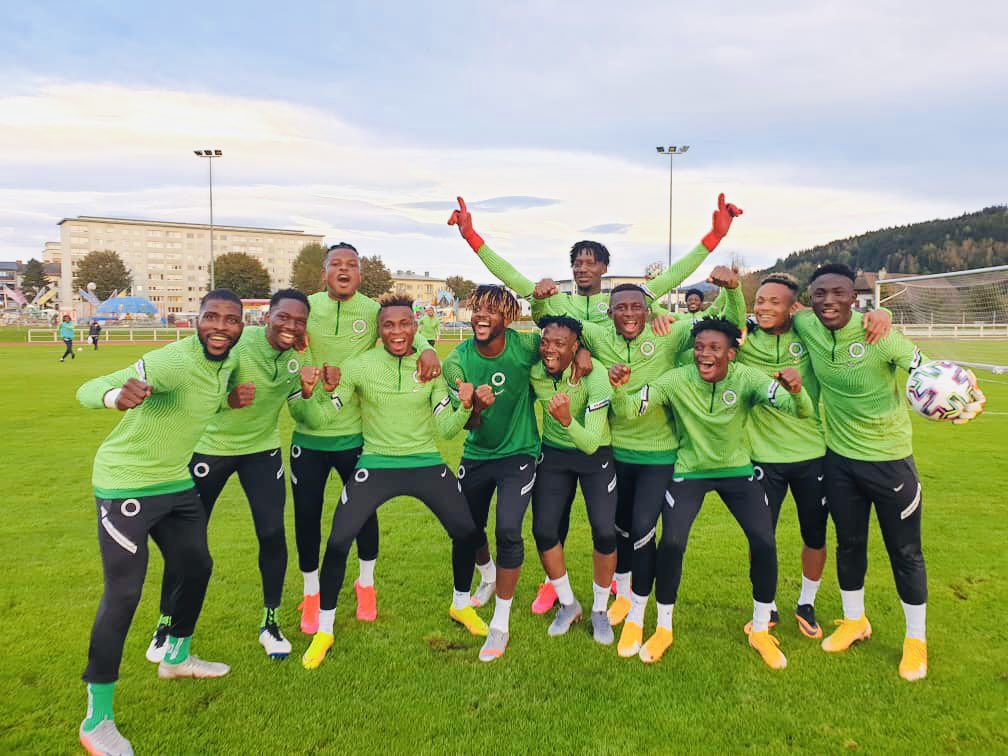 Ahmed Musa has fired a warming to Algeria on what they should expect when both teams clash on Tuesday in their international friendly match.

He joined the rest of the team to train on Tuesday afternoon at their Camp in Austria and scored twice for during the evening training session.

An excited Musa after the training shared a picture of himself and his Super Eagles teammates.

While Dele Alampasu and Mathew Yakubu were goalkeepers for Musa’s team.

In-form Genk striker, Paul Onuachu scored against Musa’s team as the Super Eagles gear up for their double friendly games.

Algeria defeated Nigeria 2-1 the semi-final of the 2019 Africa Nations Cup hosted in Egypt which they eventually won.