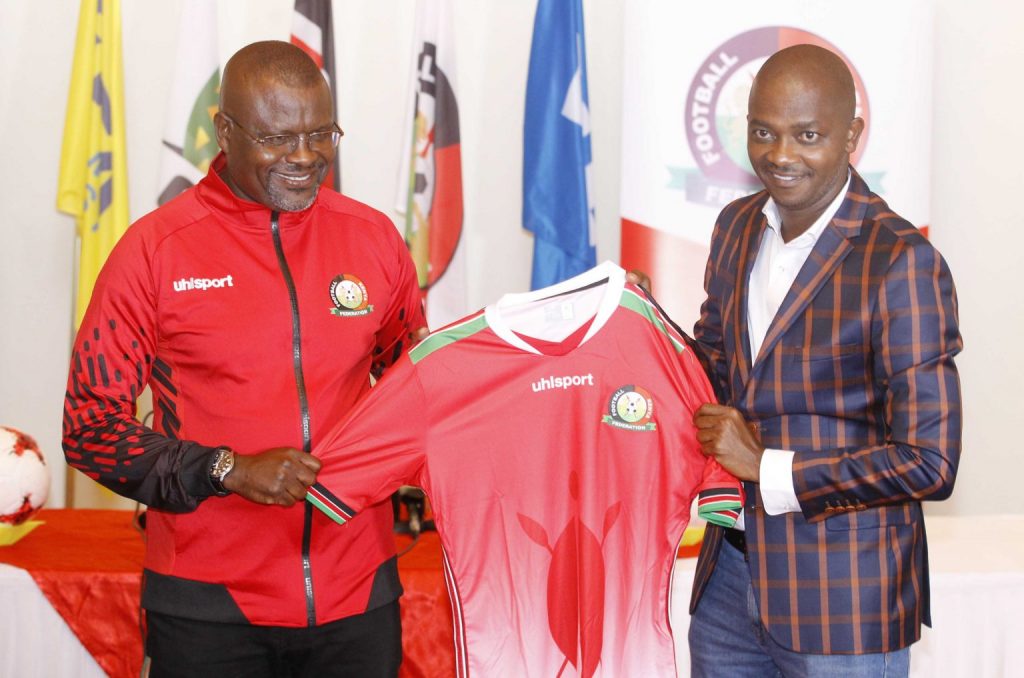 Football Federation of Kenya announced on Tuesday that Francis Kimanzi and his staff have left Harambee Stars national team by mutual consent. 24 hours later, the FA has unveiled the new coach who is Jacob ‘Ghost’ Mulee.

The 56-year-old who also works as a radio host will name his technical team in the coming days.

“Football Kenya Federation has on Wednesday, October 21, 2020, unveiled Jacob ‘Ghost’ Mulee as the new Harambee Stars coach on a 3 year deal.” FKF wrote on their site.

“The coach is set to name his technical bench in due course.” the Federation added.

“It is an honor to be Harambee Stars coach for the second time and the task ahead now is to qualify for the 2021 AFCON,” said coach Mulee.

In addition, Kenya will face Comoros in a double header in November (11, home and 15 away) for the third and fourth matchday of the 2022 AFCON qualifiers.