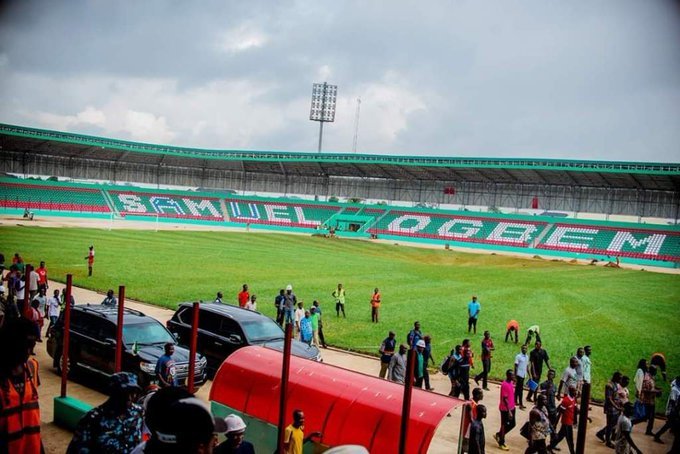 Samuel Ogbemudia Stadium in Benin City has been confirmed to host the Super Eagles 2021 Africa Cup of Nations qualifier against Sierra Leone.

Super Eagles will play a double-header against the Lone Stars after the fixture suspended due to the outbreak of COVID-19.

The newly refurbished Samuel Ogbemudia Stadium was picked as the venue for the first leg which will be played November 13.

Then four days later, the three-time Africa champions will travel to Freetown for the second leg.

Super Eagles last game at home was at the Godswill Akpabio Stadium in Uyo.

November 13 2011 was the last time Nigeria played at the refurbished Samuel Ogbemudia Stadium.

They were held to a 0-0 draw in an international friendly by the Zebras of Botswana.

The won their last two games against Benin Republic and Lesotho.

Gernot Rohr side failed to win in their last two friendly against Algeriananf Tunisia.

A 1-0 loss to Algeria and a 1-1 draw against Tunisia saw the team slipped in October FIFA Coca/cola rankings.