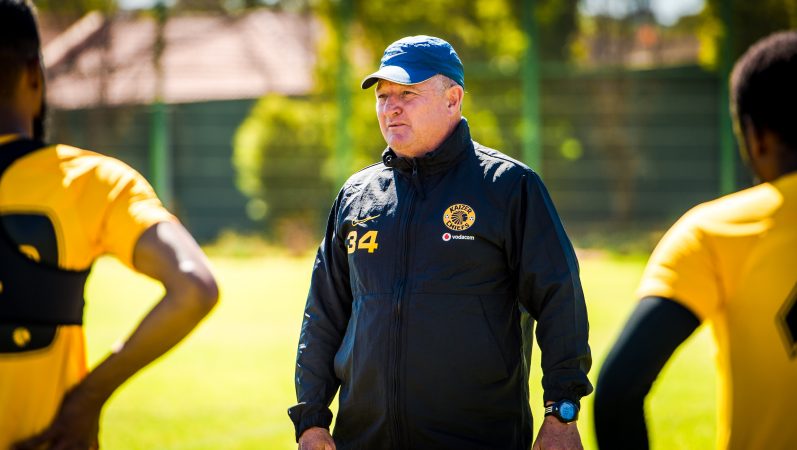 Kaizer Chiefs boss Gavin Hunt said he has not much changes to do with the squad he has and urged his men to show bravery against Chippa United on Tuesday (5:30pm).

Kaizer Chiefs lost their first Dstv Premiership game to Mamelodi Sundowns (3-0) and Gavin Hunt want his side to back to winning ways this Tuesday afternoon against Chippa United.

However, Amakhosi is slammed with FIFA transfer ban and cannot recruit neither sell players. Then, former Bidvest Wits manager said they have to do with what they have and try to get their first victory of the season.

“There’s not much we can work on because there is a travel day as well. There is obviously one or two that we haven’t looked at, but we can’t keep having a look at players. We need to make a few more decisions on the players that we’ve got,” he said.

“That’s the personnel and we need to change it. The ban is well documented and it is what it is, we have to do the best with what we’ve got. We must be brave, come back again. The one aspect is the mentality,” Hunt added.