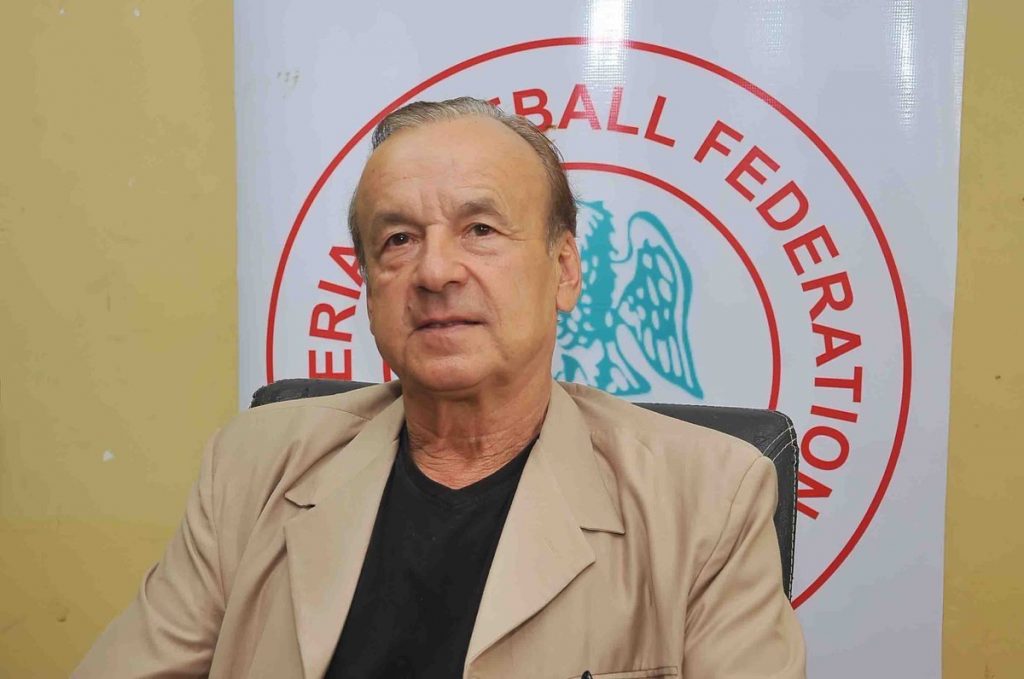 The Super Eagles chance of getting their 2021 AFCON was delayed as they will now have to wait until March next year after the goalless draw.

Rohr in his post-match conference blamed the incapacity of the pitch and the long ball strategies of the home team.

Reflecting after the game, Rohr praised the overall performance of his players, singling out Maduka Okoye for his spectacular display.

“The Team did well especially our goalkeeper he had a very good match. Last time he conceded four goals which was not his fault and today he showed everyone what he can do.

“Our defence did well but the pitch is very difficult to play good football, and they were playing long balls.

“The points means we stay top of our group and I believe we are in the right direction.”

The draw saw the Eagles continue to be top of Group L with eight points after four games whilst Sierra Leone are third on three points.

The team arrived back from Sierra Leone on Wednesday morning at the Nnamdi Azikiwe international Airport Abuja.

The Eagles next game in the qualifiers is away to Benin Republic in March 2021.