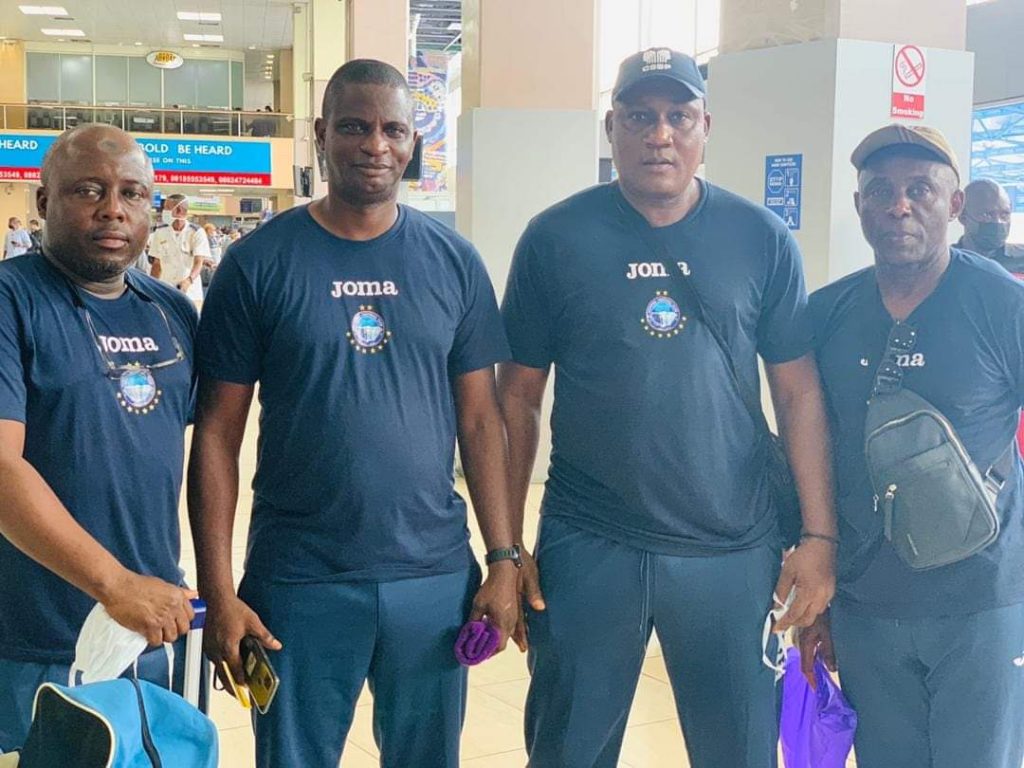 Nigeria Professonal Football League (NPFL) side Enyimba FC have departed the country to Egypt ahead of their CAF Confederation Cup quarter final game against Pyramids FC.
Enyimba left the country on Friday afternoon via the Murtala Mohammed International Airport Lagos for the first leg scheduled on Sunday.
The People’s Elephants travelled without their winger Anayo Iwuala who has been ruled out of the game due to card accumulation.
The Nigeria representatives in the second tier of the continental competition will be hoping to get their first away win this season.

Enyimba finished as  Group A leader with Orlando Pirates  finishing second in the group.
Sunday game against Pyramids of Egypt will be the first time Enyimba will be playing against an Egyptian side after five years.
Their last Egyptian opponent was Zamakek in the CAF Champions League.
Speaking before their departure to Egyot, Enyimba goalkeeper John Noble said the team is ready to give anything to ensure they get the work done in Egypt before the second leg.
The goalkeeper while speaking with  brila.net said the team is strong and united in spirit to pull through the ties against the Egyptian side.
He said, “We said to ourselves that we are not going out now, this Pyramid we die there, we must qualify so you see that kind of spirit.
“When that Spirit is in a team you will see that the result will come out well.
“I actually believe we will do well, we are surely going to make Nigeria proud in this very one.
“It gives us that unity and that Spirit knowing too well that we are not playing against a smaller team.”