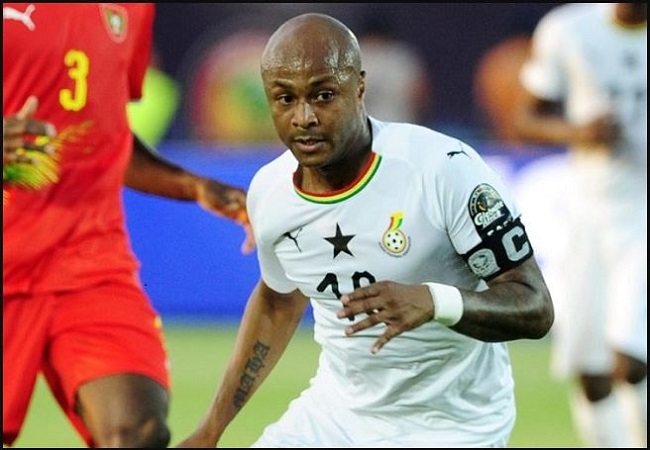 A player in the Ghana men’s national football team, the Black Stars, has revealed that the current captain, Andre Dede Ayew is such an exceptional leader capable of leading the team to great heights.

Ghanasoccernet.com revealed that in an anonymous interview, the player mentioned that Dede always calls each player to make sure that things are going on well with them.

The captain is also said to have been putting in measures that ensure that the Black Stars players have everything they need to be able to grow in their professional careers and be at their top performances whenever they are representing the nation.

“He is regularly checking on all the players. Speaking on our welfare and cracking jobs just so we can all enjoy when we are away with the team.” The player said.

Ghana is just about to begin serious campaigns to qualify for the Qatar 2022 World Cup as well as win the ultimate title at the 2022 African Cup of Nations. Former Black Stars coach, Kwesi Appiah named André Dede Ayew in 2019 as the permanent captain of the team. This followed a meeting with the top brass of the Ghana Football Association (GFA) Normalization Committee (NC) after which approval and full backing were granted to the plans of the coach.

Andre Ayew earlier celebrated after emerging as the Best Ghana Footballer of the Year. He was crowned the best footballer at the third edition of the Ghana Football Awards which took place on Saturday, July 3, 2021.