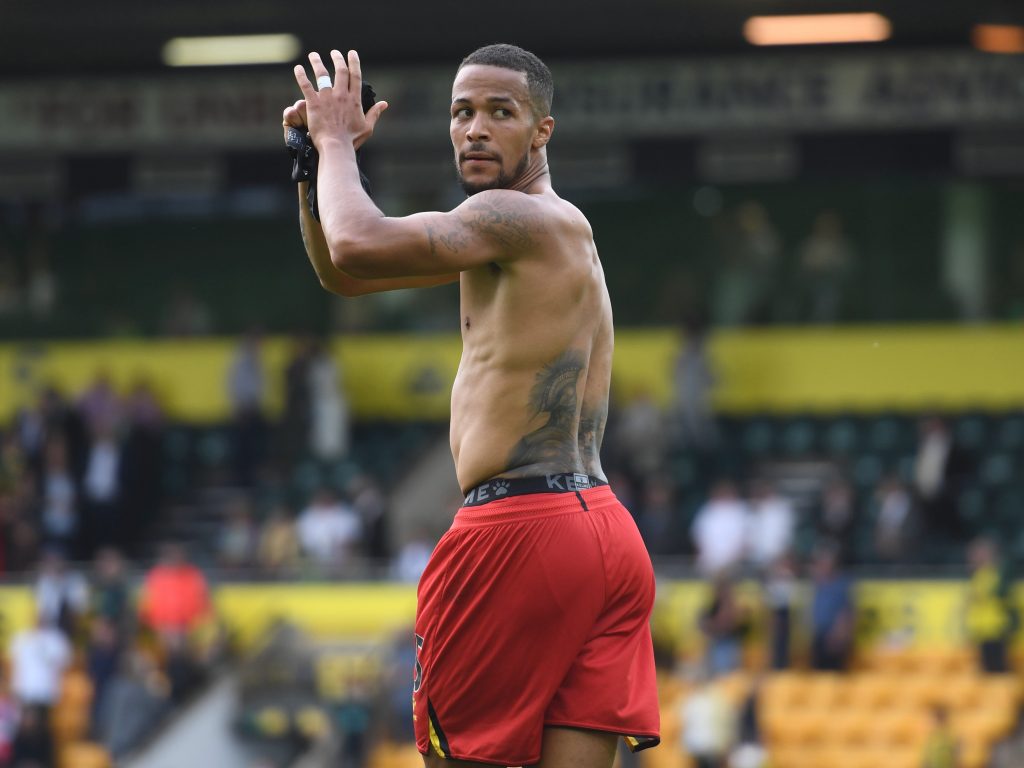 William Troost-Ekong is basking on the euphoria of Watford massive 3-1 victory against Norwich City in Saturday’s Premier League game.

Troost-Ekong wss solid in the back for the Hornets as he was involved in full-time action.

Compatriot, Emmanuel Dennis broke the deadlock for the visitors in the 17th minute before Teemu Pukki leveled for Norwich City.

Ismail Sarr scored a brace in the 63rd and 80th minute as Watford fan away from Carrow Road with all three points.

He wrote, “Massive 3 points on the road!!! Top performance from the boys.

“Dennis, Clevs and one travelling fan enjoying that one with the rest of the away stand! Travelling Yellow Army were class today too 🐝”

Watford’s next game will be Carabao Cup round two game against Stoke City at Vicarage Road on Wednesday.